You would think Keira Knightley would be sick of period pieces after movies like Pride and Prejudice and Atonement, but the actress has teamed up with director Joe Wright yet again for Anna Karenina. Taking place in the high-society circles of 19th-century Russia, Leo Tolstoy's novel tells the story of a young girl who has a scandalous affair with a count (Aaron Johnson), despite being married to government official Alexei Karenina (Jude Law). 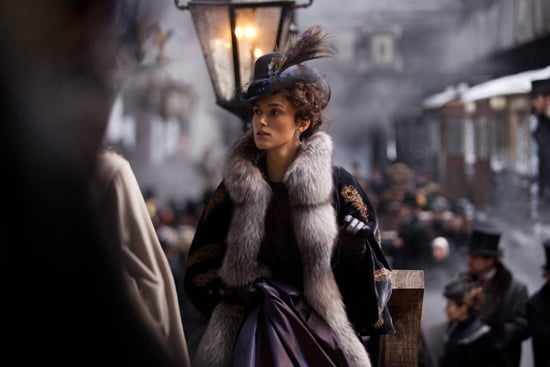 Though it feels like we've seen Knightley in roles like this a million times before, why fix it if it ain't broken? She seems like a great fit for Anna and I didn't even recognize Johnson as a blond. As expected, the costumes look beautiful but the imagery depicting the elegance of the parties (I didn't know they had indoor skating rinks in the 1800s) is even more fantastic. The movie is set for release on Nov. 9, but check out the trailer after the jump.