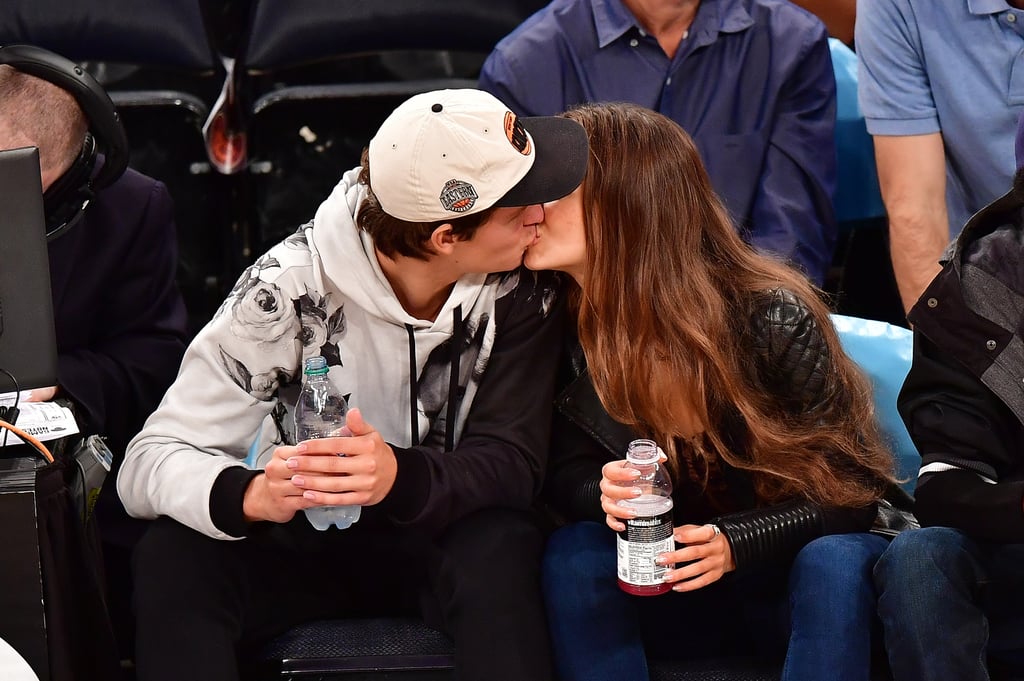 We're sure the New York Knicks and the Brooklyn Nets gave it their all during their preseason game at Madison Square Garden on Saturday, but Ansel Elgort and Violetta Komyshan just couldn't take their eyes off of each other. The high school sweethearts shared a few kisses, snapped selfies, and giggled courtside while the Nets took home the big win. The Fault in Our Stars heartthrob always makes sure to squeeze in some cute PDA with his ballerina girlfriend while attending sporting events in NYC, from making out at hockey games to their frequent slam-dunk smooches in support of the Knicks. It doesn't stop there, either — Ansel and Violetta are no strangers to posting barely SFW photos of themselves to Instagram. Of all the celebrities Ansel takes selfies with, though, there's no question that his photos with Violetta are the cutest.