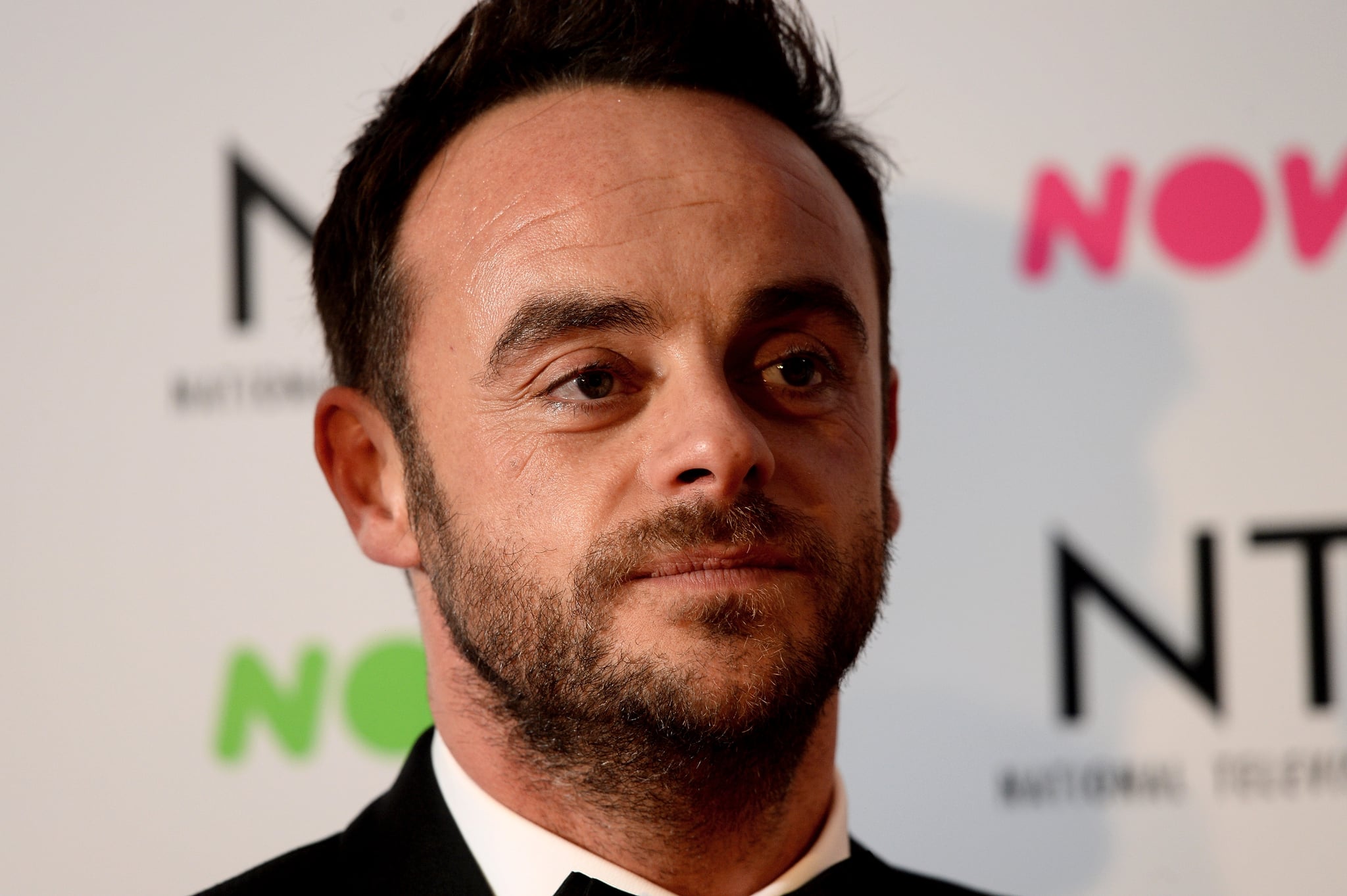 Ant McPartlin is stepping down from his TV commitments to return to rehab. The news follows reports that the presenter was arrested over the weekend for suspected drink-driving. The BBC reports that he was released under investigation on Monday. Shortly afterwards, a statement from Ant's publicist confirmed that he would be seeking out treatment.

As a result of this news, the much-loved Saturday Night Takeaway will not air this week, with a spokesperson confirming: "ITV has taken a joint decision with Ant and Dec's team not to broadcast Saturday Night Takeaway this weekend." Two further episodes of the live show are scheduled, and the network has yet to make a decision on how to proceed. It could be that Ant's long-term presenting partner, Declan Donnelly, will present solo, though fans have already suggested that Scarlett Moffatt could step into Ant's shoes temporarily if a cohost is required.

Ant first sought out treatment after becoming addicted to prescription pain medication following a knee injury in 2015. Of his return to rehab, an ITV spokesperson said, "We very much hope that he gets the help that he needs."

Lil Nas X
Lil Nas X Now Has His Own Damn Day in Atlanta, So What Could Possibly Be Next?
by Kelsey Garcia 3 days ago