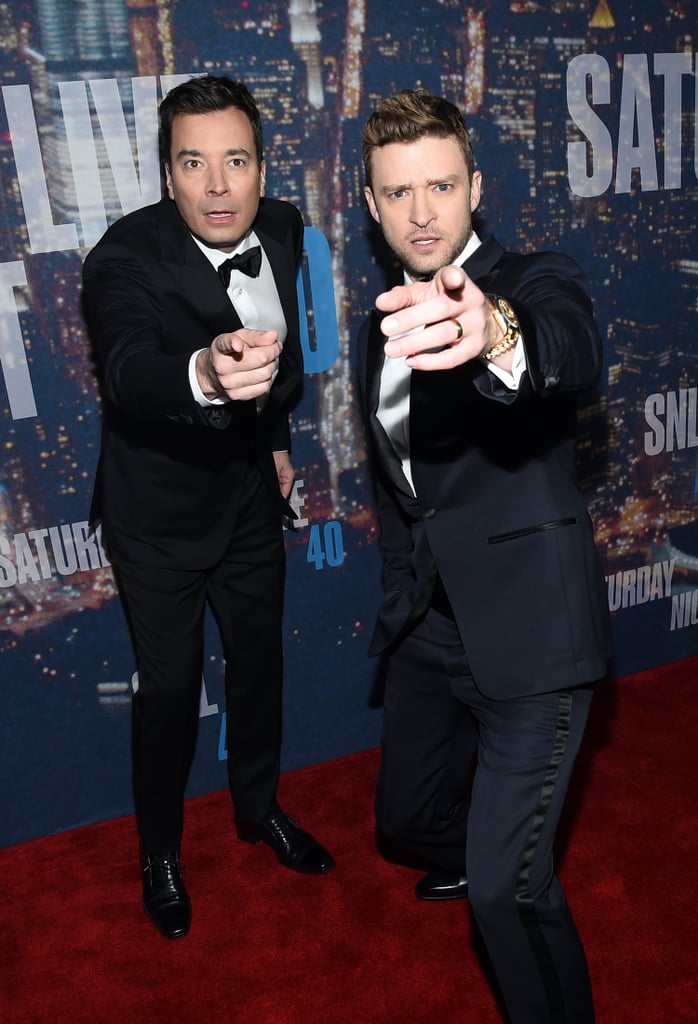 Anyone Who's Anyone Was at the SNL 40th Anniversary Celebration

The 40th anniversary show for Saturday Night Live went down on Sunday night, and the momentous event brought out more celebrities than you could possibly count. In addition to appearances by SNL legends like Dan Aykroyd, Chevy Chase, Will Ferrell, and Eddie Murphy, the big show featured more recent cast members — Amy Poehler, Tina Fey, Jimmy Fallon, Kristen Wiig, Fred Armisen, and Seth Meyers among them. Also on hand for the fun were A-listers like Alec Baldwin, Tom Hanks, and Bradley Cooper, as well as past hosts and musical guests Justin Timberlake, Taylor Swift, Paul McCartney, and Miley Cyrus. It was a star-studded night that paid tribute to one of the biggest television institutions of our generation, and you can scroll through now to see all the celebrities that hit the red carpet. When you're done, be sure to check out Justin and Jimmy's opening number as well as Bradley Cooper getting physical with Betty White.