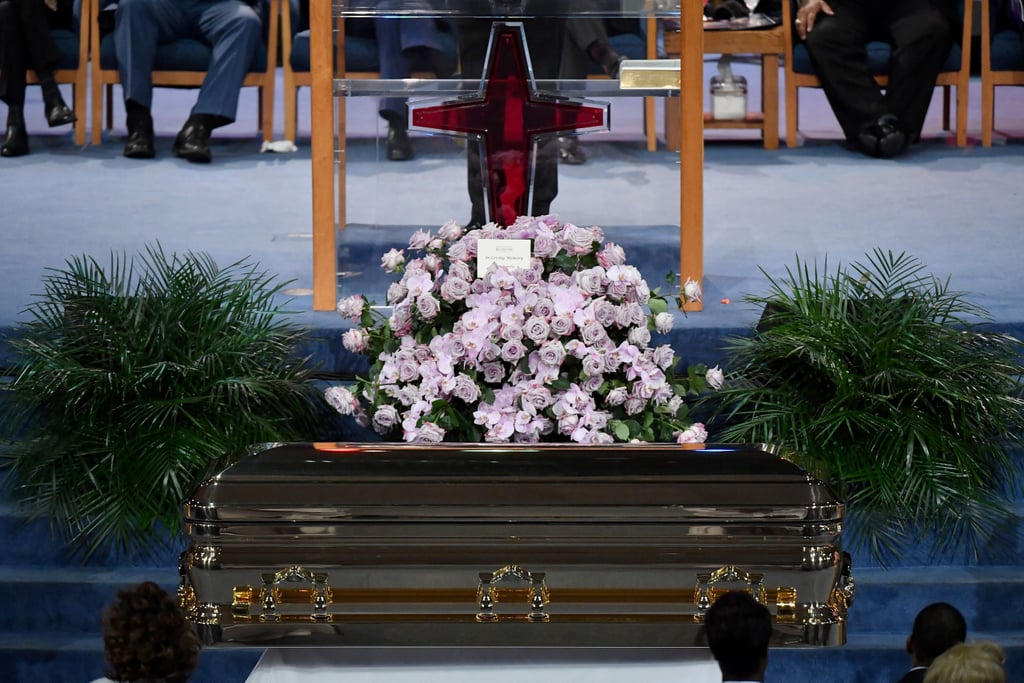 On Aug. 31, Aretha Franklin's "Celebration of Life" began with prayers and songs, filling the streets of her hometown Detroit with music as she was laid to rest. The Queen of Soul passed away on Aug. 16, at the age of 76, after a long battle with pancreatic cancer. The singer's family and friends congregated at Detroit's Greater Grace Temple while massive crowds of fans lined up outside, hoping to pay their respects. Among the funeral-goers are Aretha's fellow musicians, famous actors, religious leaders and a former US President.

Aretha's gold casket arrived in a 1940 Cadillac LaSalle hearse while dozens of pink Cadillacs lined up outside the church in honour of her 1985 single "Freeway of Love." The pink Cadillacs were in reference to the verse "We goin' ridin' on the freeway of love in my pink Cadillac," a prime example of how her music and influence transcends time.

The hours-long funeral service includes musical tributes from artists such as Stevie Wonder, Chaka Khan, Ariana Grande, and Faith Hill, as well as remarks from the Rev. Jesse Jackson, Smokey Robinson, and former president Bill Clinton. Though the funeral is invite-only, the service will be broadcast on television and streamed online to provide fans a final opportunity to say goodbye. Earlier in the week, fans were able to pay their respects at the Charles H. Wright Museum of African American History for a public viewing for the late Queen of Soul. There will also be an exhibit at the Charles H. Wright Museum entitled "Think," which is described as a tribute to Aretha.

Ahead, see photos of the many people who gathered to celebrate and honour the icon's life.

Previous Next Start Slideshow
Celebrity DeathsAretha Franklin
Around The Web