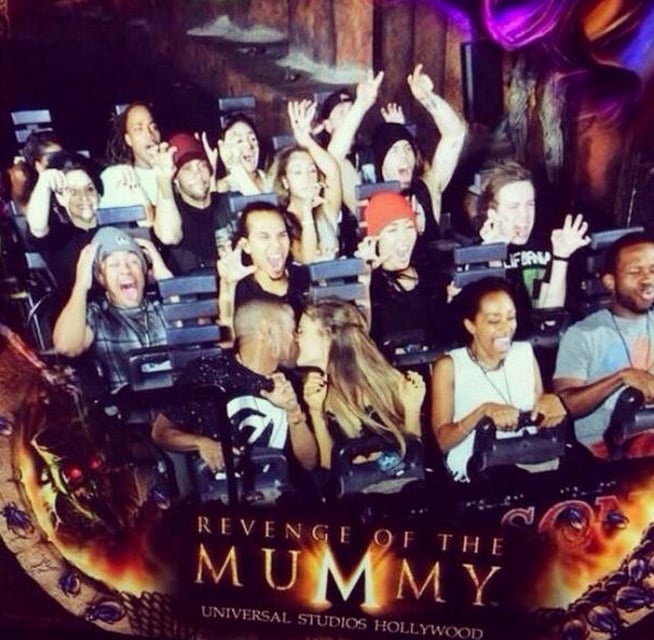 Can we say that Big Sean and Ariana Grande are roller-coaster official? The young couple was spotted kissing in public for the first time when they shared a smooch while on Universal Studios Hollywood's Revenge of the Mummy ride. While their fellow riders were photographed screaming by the ride's cameras, Ariana and Big Sean decided to kiss instead of getting scared. The pair first went public with their romance when they were spotted holding hands backstage at the 2014 VMAs. Then, a day after their PDA, Ariana confirmed that the two were an item, telling Ryan Seacrest during an interview that they are seeing each other. "I guess [we're dating]," Ariana said. "I don't know what to say, Ryan. Why are you doing this to me? I'll tell you. I'll tell you when we're not on the air. I trust you. I've known you a long time. I don't know about these millions of people listening in right now."