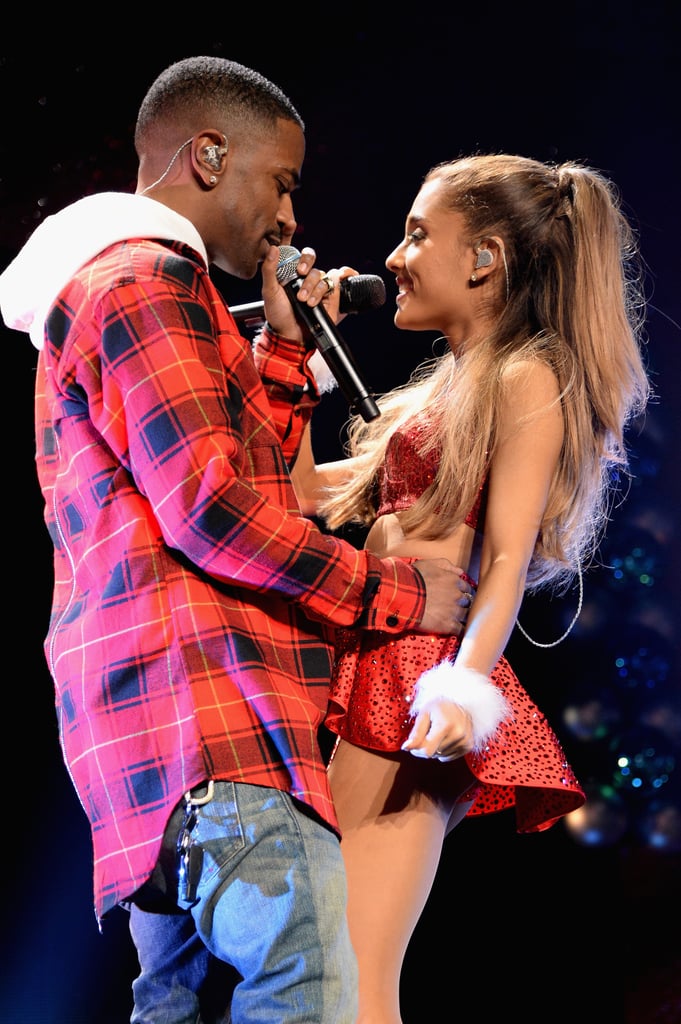 Ariana Grande and Big Sean couldn't hide their love on Friday. The couple pulled out all the stops during the singer's set at KIIS FM's Jingle Ball concert in LA, embracing and holding each other while performing their duet "Big Mistake." At one point, Ariana lit up with a massive smile as Big Sean wrapped his arm around her waist. This isn't the first time the duo has shared PDA in front of the cameras: most recently, Big Sean posted pictures of their backstage kisses at CBS's A Very Grammy Christmas Special, which aired on Friday. The hot performance comes after Ariana's memorable performance at the Victoria's Secret Fashion Show in London earlier this week, during which the songstress got smacked by a VS Angel. Keep reading to see their latest pictures, including Ariana's performance of "Bang Bang" with Jessie J, and then look back at how she became a household name in 2014.