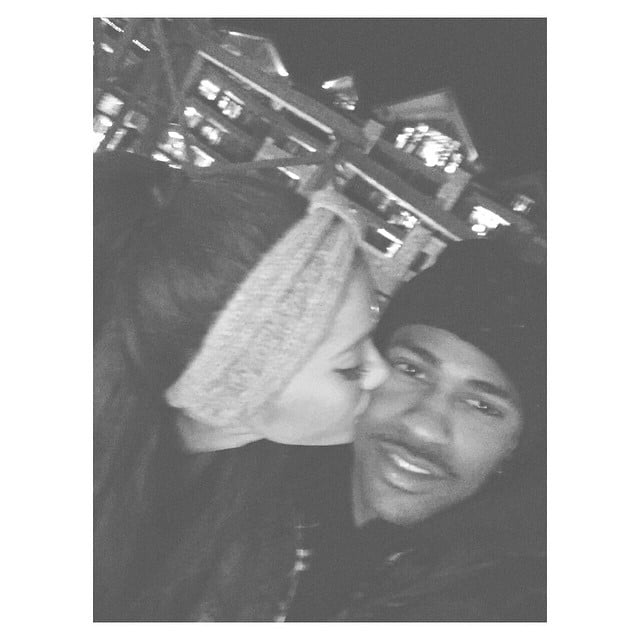 In case anyone is concerned about the state of Ariana Grande and Big Sean's budding romance, look no further than their most recent Instagrams. As rumours about a potential rift circulated online, the couple set the record straight on Saturday with a new PDA-filled picture of their New Year's trip to Lake Tahoe in California. The cute snap shows the couple cuddling in the snow, with Ariana giving Big Sean a pouty kiss on the cheek. The two followed it up with more pictures of their vacation, during which they made plenty of time to explore the outdoors. This isn't the first time Ariana and Big Sean have shared affectionate moments in front of the camera, as they posted pictures of their backstage PDA at CBS's A Very Grammy Christmas Special in November before giving a hot performance at KIIS FM's Jingle Ball the following month.