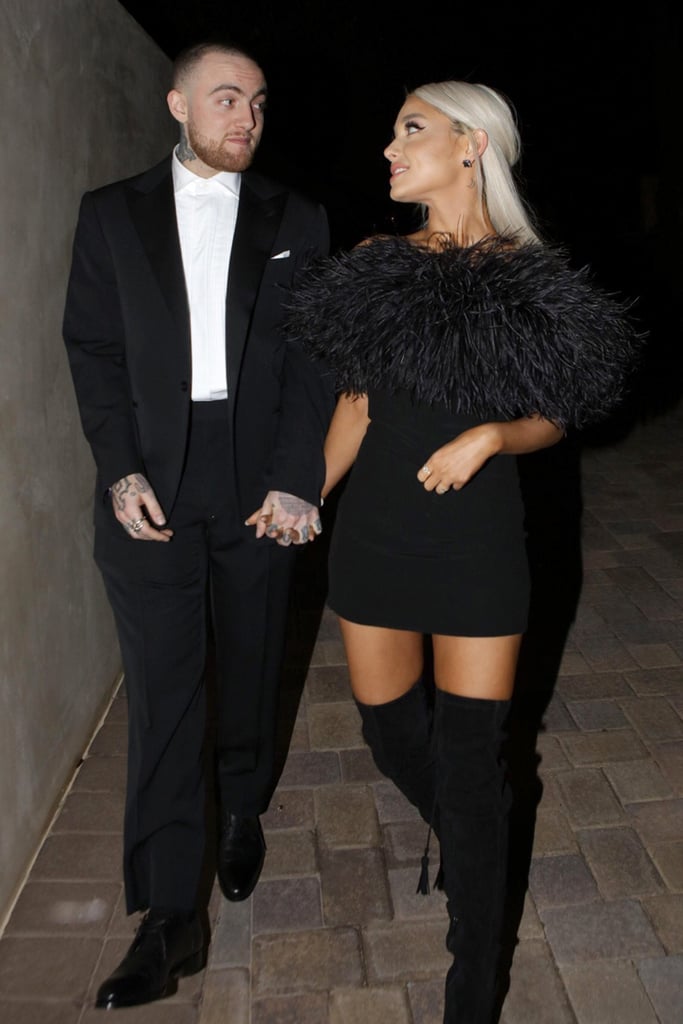 Ariana Grande is paying tribute to her ex and late rapper Mac Miller on his birthday. On Jan. 19, the "7 Rings" singer posted a sweet message to honour Mac — who would have turned 27 — before sharing a couple of old photos with them together. Shortly after midnight, Ariana first tweeted "miss u," which fans perceived to be a short memorandum for Mac, who died in September due to an accidental overdose of fentanyl, cocaine, and alcohol.

Later on in the day, Ariana posted two throwback photos of them hanging out. The first appears to have been taken while they were in a music studio. The second shows them enjoying each other's company in the outdoors. The two first started dating in 2016, then decided to end things in May 2018.

A day after Mac's death, Ariana shared a photo of the Swimming rapper with no caption. About a week later, she posted a heartfelt message on Instagram, saying, "You were my dearest friend. For so long. Above anything else. I'm so sorry I couldn't fix or take your pain away. I really wanted to. The kindest, sweetest soul with demons he never deserved. I hope you're okay now." She even gave him a special shoutout on Thanksgiving, and might have subtly honoured him with one of her latest tattoos. Look on to see her most recent homages to the prolific musician.