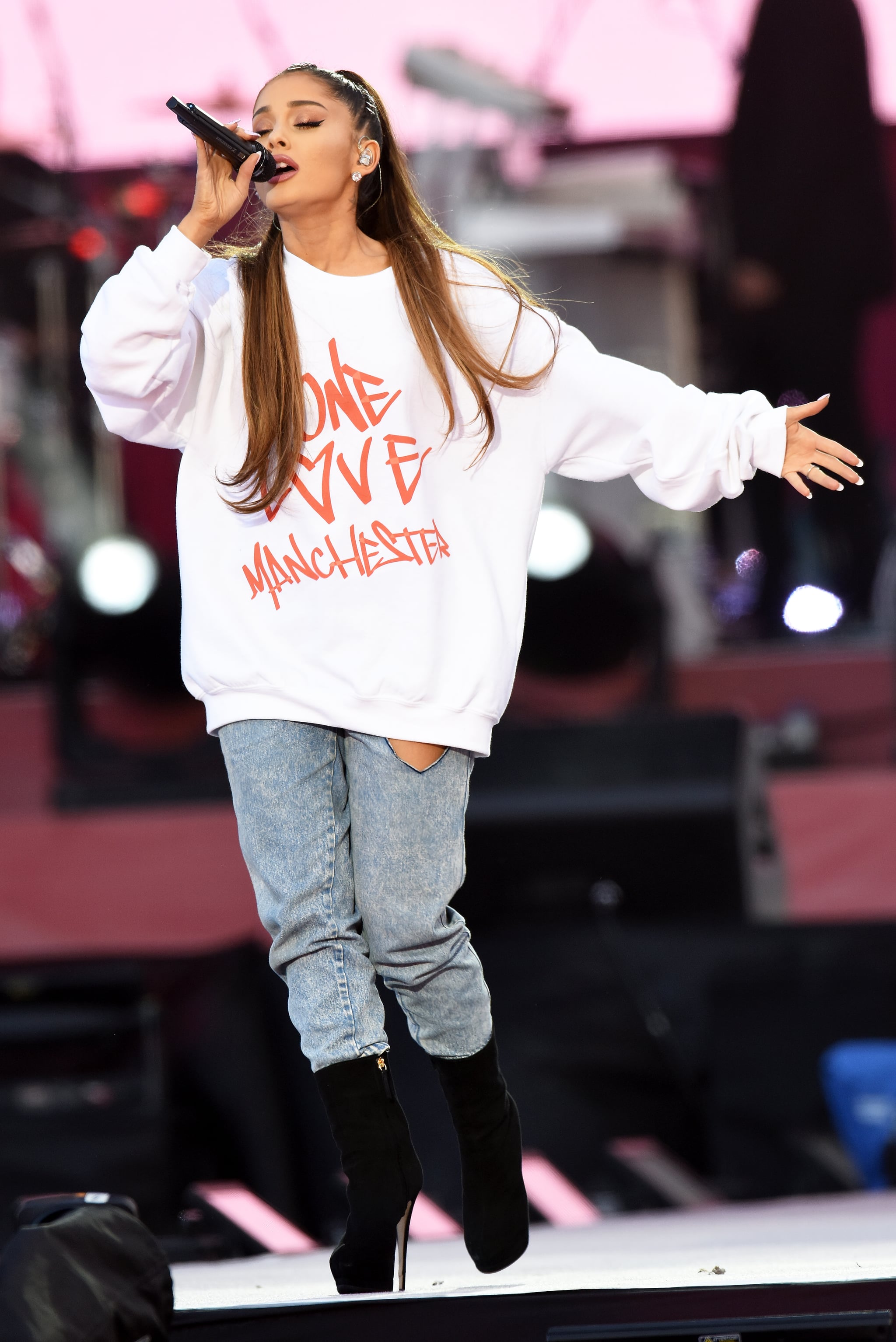 It's been over a year since the heartbreaking terrorist bombing that occurred right outside of Ariana Grande's concert in Manchester, England. At the time, Ariana responded to the tragedy by tweeting out her sentiment, and, later, hosting a benefit concert to honour the victims of the attack. But in the fourth episode of her new docuseries, Ariana Grande: Dangerous Woman Diaries, she again addresses the horrific experience and shares an emotional letter that she penned almost a year after the attack.

"It's impossible to know where to start or to know what to say about this part," she wrote. "May 22, 2017, will leave me speechless and filled with questions for the rest of my life." She went on to praise her fans, the people of Manchester, the families of the victims, and those who were injured, adding, "Their love, strength, and unity showed me, my team, my dancers, band, and entire crew not to be defeated. To continue during the scariest and saddest of times. To not let hate win."

Ariana has remained supportive of those affected by the bombing. She honoured the lives lost on her song "Get Well Soon," the final track of her latest album Sweetener. She even included 40 seconds of silence, making the song 5 minutes and 22 seconds (5:22) to commemorate the date that she'll always remember.

Read the full letter that she shared in her docuseries below.

It's been eight months since the attack at our show at the Manchester Arena. It's impossible to know where to start or to know what to say about this part. May 22, 2017, will leave me speechless and filled with questions for the rest of my life.

Music is an escape. Music is the safest thing I've ever known. Music — pop music, stan culture — is something that brings people together, introduces them to some of their best friends, and makes them feel like they can be themselves. It is comfort. It is fun. It is expression. It is happiness. It is the last thing that would ever harm someone. It is safe.

When something so opposite and so poisonous takes place in your world that is supposed to be everything but that . . . it is shocking and heartbreaking in a way that seems impossible to fully recover from.

The spirit of the people of Manchester, the families affected by this horrendous tragedy, and my fans around the world have permanently impacted all of us for the rest of our lives. Their love, strength, and unity showed me, my team, my dancers, band, and entire crew not to be defeated. To continue during the scariest and saddest of times. To not let hate win. But instead, love as loudly as possible, and to appreciate every moment.