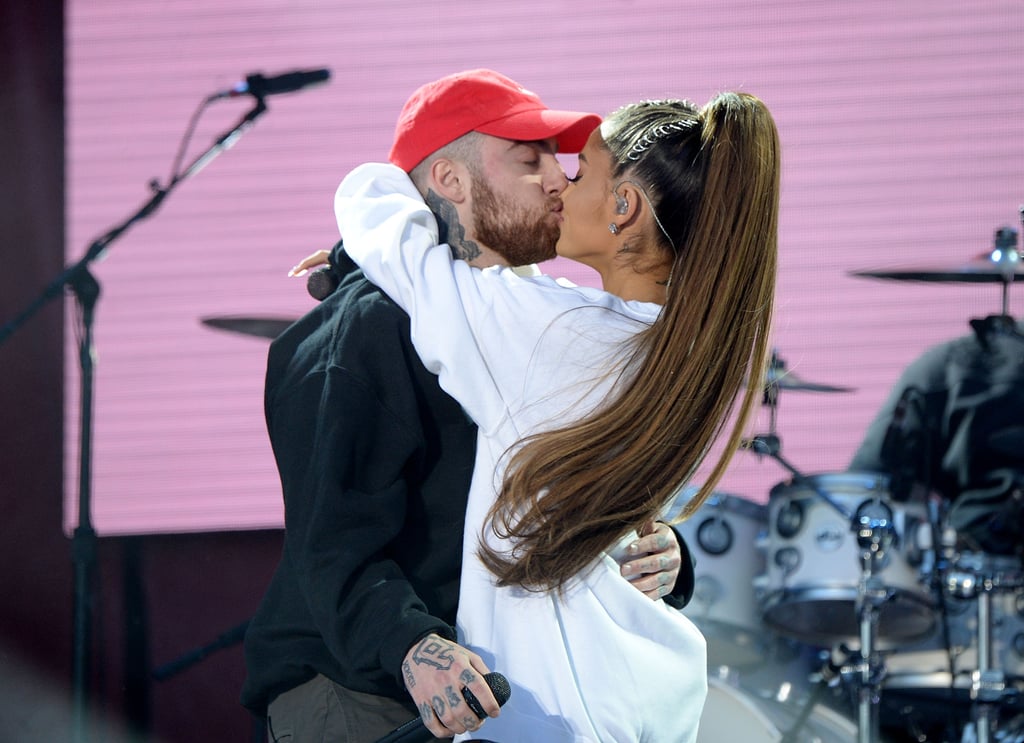 Ariana Grande has been sporting a huge diamond sparkler on her ring finger over the last few months, which many speculate is an engagement ring from her boyfriend, Mac Miller. While neither Ariana nor Mac have confirmed any of the rumours, it's pretty clear that the two are head over heels for each other. In addition to their emotional reunion following the Manchester bombing at Ariana's concert in May and their public debut as a couple at the MTV Video Music Awards in 2016, they aren't shy about showing PDA on social media. The duo often share snaps of themselves kissing and hugging on Instagram, and we have to admit, they look pretty darn cute together. Keep scrolling to see some of Ariana and Mac's sweetest moments together.

Bikinis
Thongkinis Are the Major Swimsuit Trend Spotted on J Lo, Kim Kardashian and More
by Naomi Parris 22 hours ago