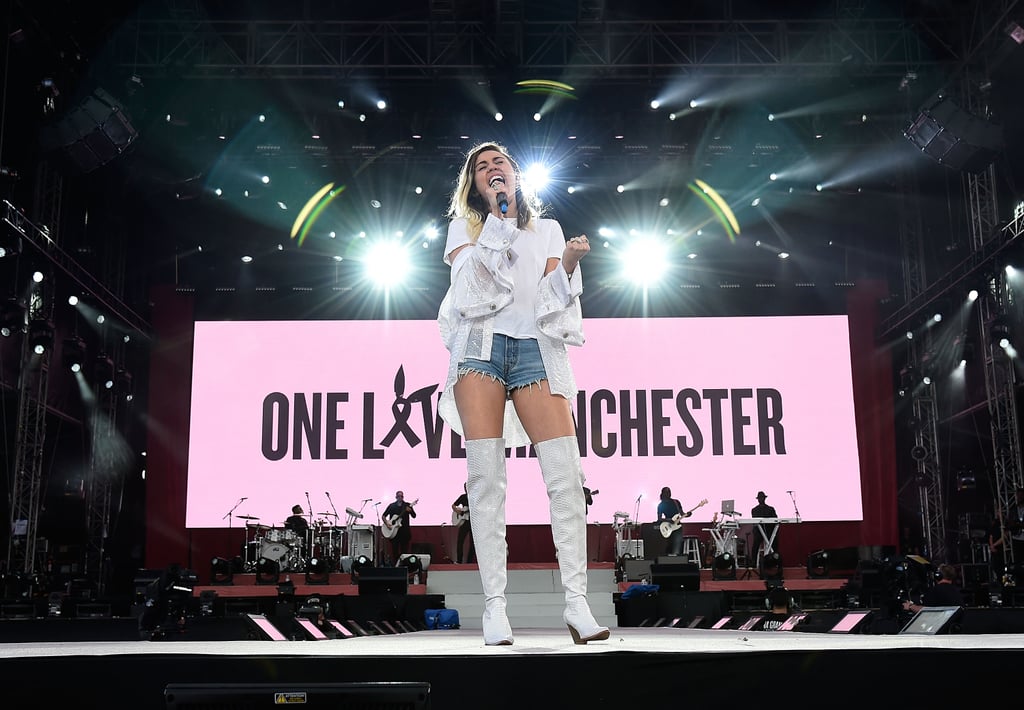 Thousands of fans gathered at Ariana Grande's One Love Manchester benefit concert on Sunday. The event honoured the victims of the bombing during Ariana's Manchester show on May 22 and brought out a whole host of stars, including Take That, Miley Cyrus, Niall Horan, Justin Bieber, and Katy Perry. The concert kicked off with a moment of silence and also paid tribute to the victims of the recent London Bridge attack.

It was initially unclear whether the concert was still on given Saturday's attack, but Ariana's manager, Scooter Braun, released a statement on Instagram prior to the show saying the show would continue. "After the events last night in London, and those in Manchester just two weeks ago, we feel a sense of responsibility to honour those lost, injured, and affected," he wrote. "We plan to honour them with courage, bravery, and defiance in the face of fear. Today's One Love Manchester benefit concert will not only continue, but will do so with greater purpose. We must not be afraid, and in tribute to all those affected here and around the world, we will bring our voices together and sing loudly." Keep reading for all the best photos and watch the show below.