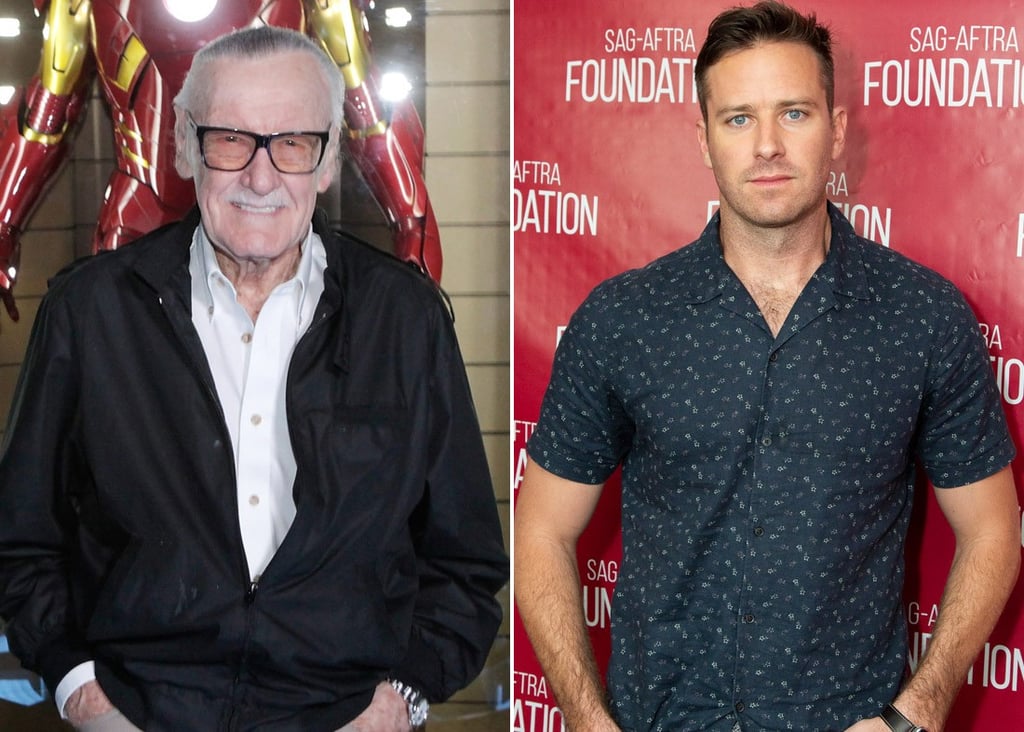 If a Hollywood and comic book luminary dies, maybe . . . don't post a photo of you posing with them? At least that's what Call Me By Your Name star Armie Hammer thinks. A day after Marvel legend Stan Lee passed away, Armie, who worked with Stan in 2014's Stan Lee's Mighty 7, took to Twitter to slam celebrities who shared photos of themselves with Stan. Many of the MCU stars, including Robert Downey Jr., Chris Pratt, and Hugh Jackman posted memorable pictures of them with the comic icon to pay their respects. But Armie strongly disapproved of such responses, tweeting, "So touched by all of the celebrities posting pictures of themselves with Stan Lee . . . no better way to commemorate an absolute legend than putting up a picture of yourself."

There were a number of strong retorts to Armie's critical commentary, with many questioning why he's condemning others during a time of grief. Armie also responded to a few of the replies to defend himself and expand on the point he was trying to make. Read on to see how users reacted to the actor's tweet, as well as a few of the exchanges between him and his followers.

Previous Next Start Slideshow
Twitter ReactionsArmie Hammer
Around The Web