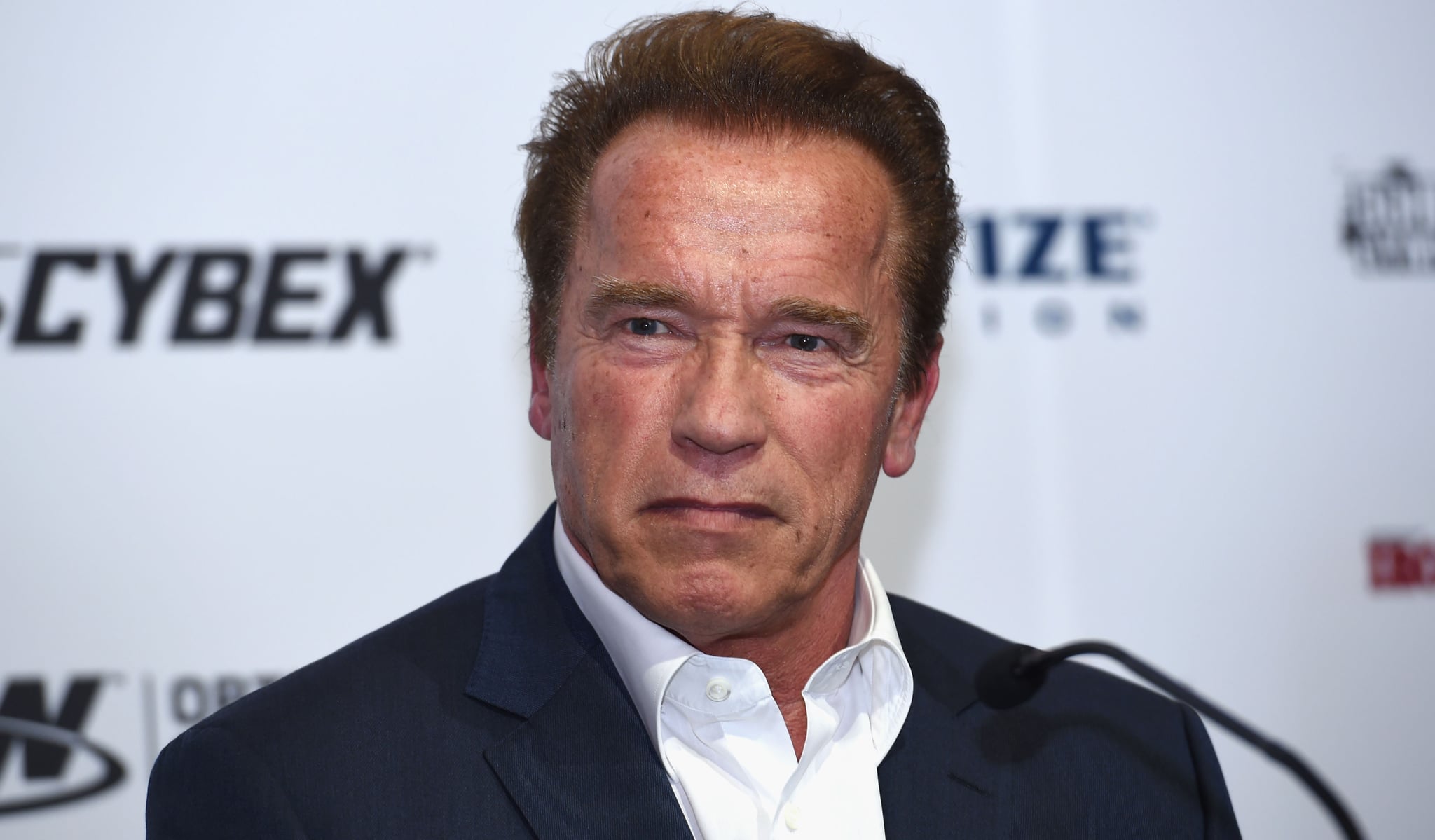 Arnold Schwarzenegger took a break from feuding with Donald Trump to terminate an online troll who attempted to turn an inspirational post into a sour one. The post in question was a Facebook video of the winners at the Special Olympics World Winter Games in Austria. The saved Snapchat video said, "These guys inspire me!" as Arnold gave praise to the athletes. A Facebook user then replied to Arnold's video referring to the athletes as "retards," and Arnold was not having it. The Special Olympics is the world's largest sports organisation for children and adults with intellectual disabilities. Read his now-deleted response below! 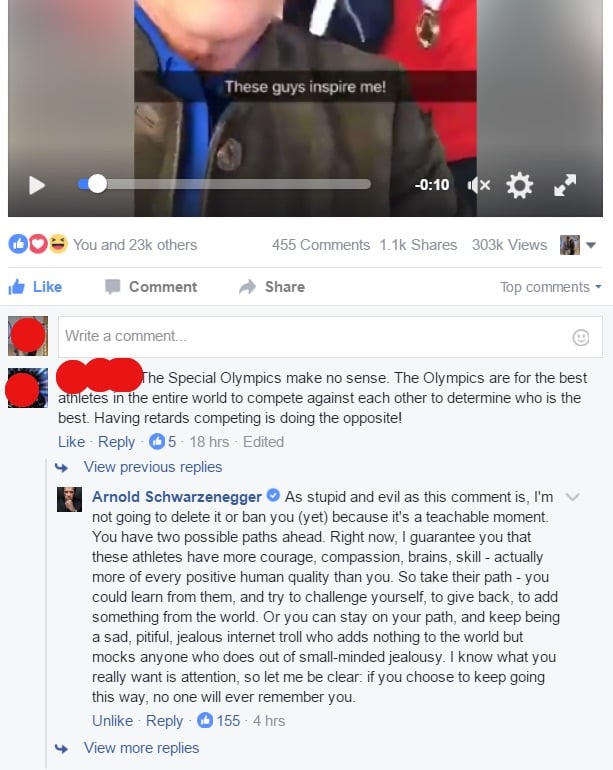 Only thing that would have made his response better? If he ended it with "Hasta la vista, baby."