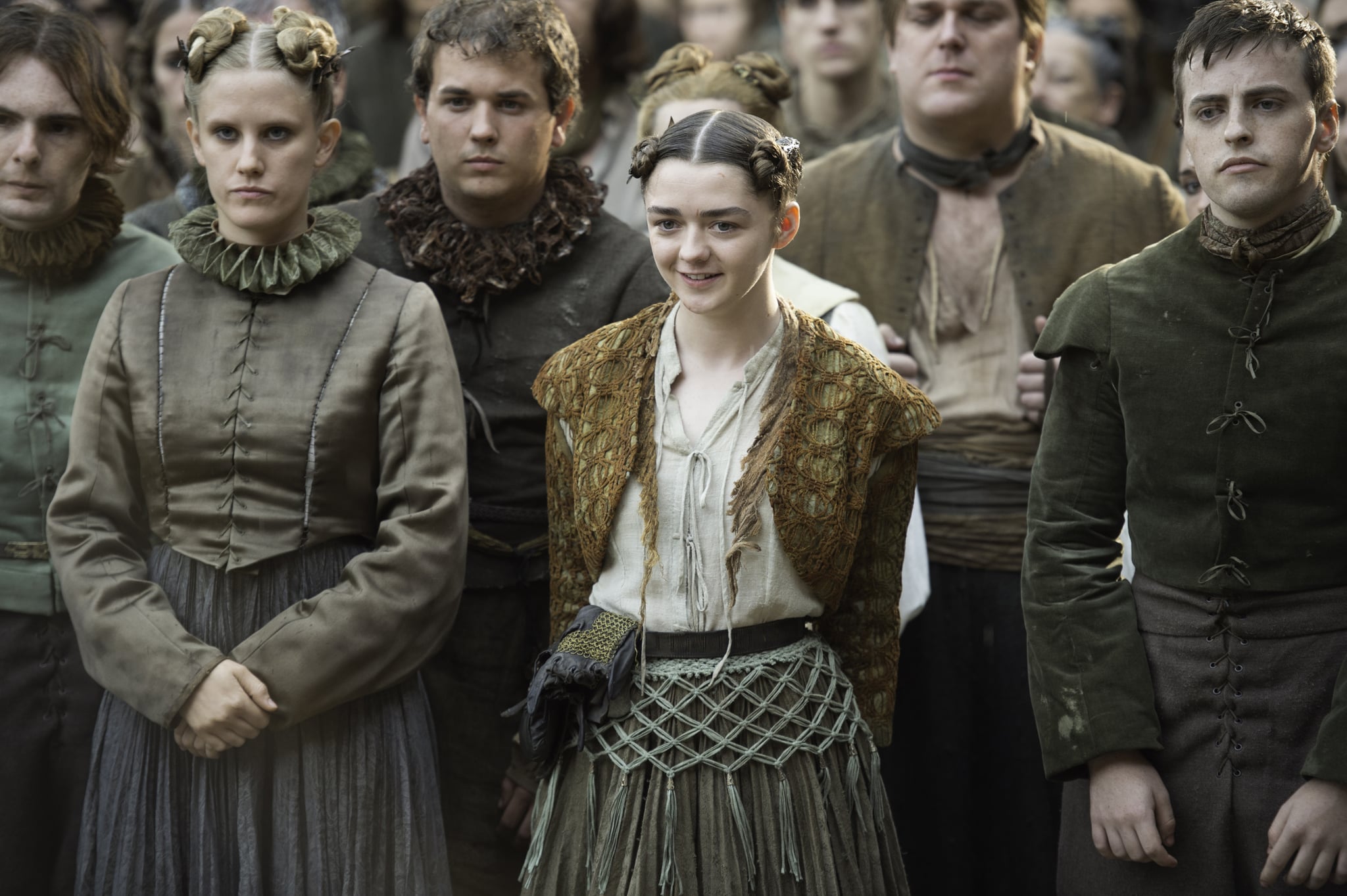 The seventh episode of Game of Thrones season six was, all things considered, a pretty tame one that focused mostly on plot setup for future episodes. (Margaery isn't actually brainwashed! The Hound is back and ready to fight! Jorah Mormont's baby cousin is a tiny badass!) However, the show's creators threw viewers for a loop with one troubling scene starring Arya Stark.

In the aforementioned scene, Arya is violently attacked by the vengeful Waif who nursed a grudge throughout their time together at the House of Black and White — the Waif appears to repeatedly stab Arya in her vital organs, eventually throwing her over a bridge into the Braavosi sea below. There has been speculation about why the Waif has it out for Arya so badly — including a complex theory that the two girls are different sides of Arya's personality and are actually the same person — but because of Arya's strange behaviour before the attack, there's another explanation to consider.

One intriguing theory suggests that the Waif's victim isn't actually Arya at all — rather, it is Jaqen H'ghar wearing Arya's face. Sure, that sounds a bit crazy, but is it really? Jaqen has already proven that he can transform into completely different people, and he owes a girl his life. Plus, prior to the attack, Arya behaves very oddly, styling her hair differently, tossing around money she doesn't possess, and staring longingly at the sights of Braavos (a city she's only lived in briefly). Check out the Reddit theory in full.

Comment from discussion [EVERYTHING] An interesting parallel between S5E6 and S6E7 regarding Arya and the Waif..

Some fans initially objected to the theory on account of the Hall of Faces only containing dead people. However, Jaqen has already exercised the power to "wear" Arya's face while she's still alive — a gift that most Faceless Men don't possess.

Comment from discussion [EVERYTHING] An interesting parallel between S5E6 and S6E7 regarding Arya and the Waif..

What It Means For Arya

If it is Jaqen who took the knife for Arya after all, then it could have many implications for the youngest Stark girl. If Jaqen, left stumbling through Braavos, makes his way to the House of Black and White, he'll likely be able to heal his own wounds and punish the Waif for disobeying his orders not to make Arya suffer. If he dies, he will have repaid his original debt to Arya and secured her passage home to Westeros; when she inevitably tries to find a ride home, she'll be all set to travel in comfort thanks to Jaqen's promise of payment to a greedy ship captain.

This theory is convincing because the Arya character behaves extremely uncharacteristically leading up to the altercation, especially for someone who is on the run from trained assassins — Arya isn't foolhardy, and it seems unlikely that she'd start being reckless right after betraying the God of Death. However, there are many explanations for Arya's weird behaviour in the episode, including the simple fact that the Game of Thrones directors seem to enjoy playing with their audience. The idea of Jaqen taking Arya's place is certainly interesting and exactly the sort of plot twist that GOT fans adore, but we'll have to wait and find out! If it's true, the theory gives a whole new meaning to "valar morghulis" — all men must die, and some of them might just die in a girl's body.