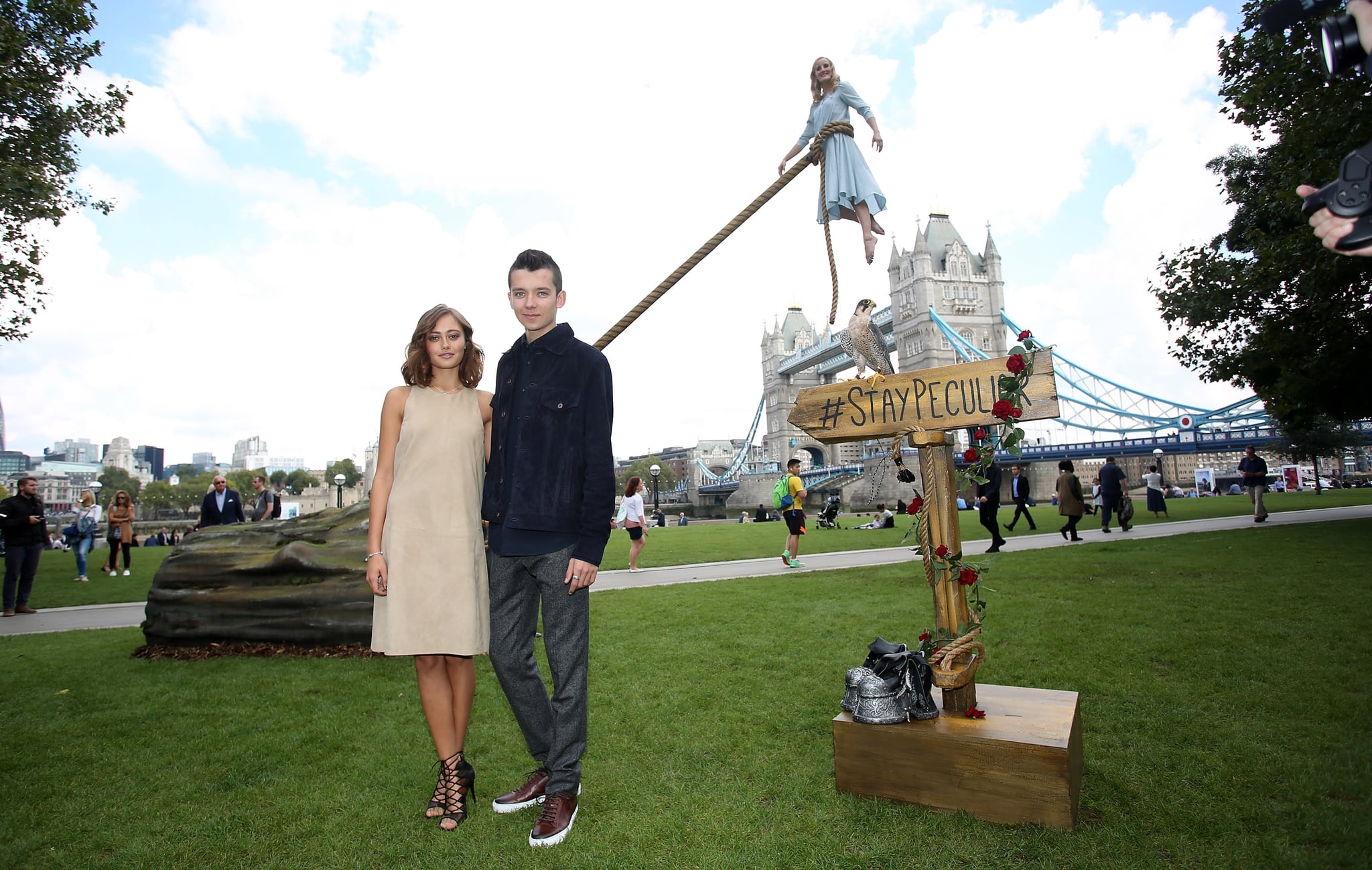 Miss Peregrine's Home For Peculiar Children hits cinemas next Thursday, and to celebrate the release, we got invited down to a London stunt on Wednesday morning. When we heard this offer was on the cards, we snatched it quicker than a hollowgast's eyeball dinner.

The film, which is the latest of Tim Burton's projects, kept fans anxiety levels peaking with a dreamy reenactment in London Bridge's Potters Fields. Bringing to life a pivotal scene between characters Jake (Asa Butterfield) and Emma (Ella Purnell) with a gravity-defying aerialist playing an air-controlling Emma Bloom in front of an enchanting Tower Bridge backdrop.

Amongst the hustle and bustle of London stunts and clusters of photographers, we managed to grab Ella and Asa to talk all things peculiar.

Calling all fans of Miss Peregrine's Home for Peculiar Children, you'll want to get yourself down to Potters Fields as soon as humanly possible. #StayPeculiar

If you could possess any peculiarity from the film in real life, other than your own, what would you choose?
EP: Oh, I don't know, can I choose two? One of them would be invisibility, but then I think that's really sad because then nobody gets to see him [Hugh Apiston played by Milo Parker]. So the other one would be super strength because I'm really weak so it would be nice to be strong for a bit.

Asa Butterfield: I think Barron's [Samuel L. Jackson] got a pretty cool peculiarity, the ability to shape shift. And you can turn your limbs into weapons, that's pretty cool. It's pretty evil, but nothing's wrong with a little bit of evil.