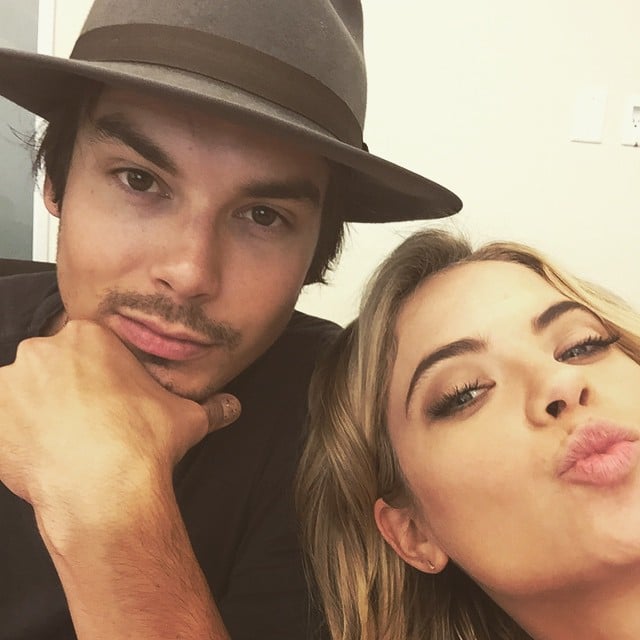 Ashley Benson and Tyler Blackburn — Are They or Aren't They?

Pretty Little Liars wrapped up its sixth season on Aug. 11, but there is still one huge mystery that went unsolved on the hit ABC Family show — the question everyone is still asking themselves is whether or not Ashley Benson and Tyler Blackburn are dating. The duo may be one of the cutest onscreen couples, but does their relationship go beyond the TV drama? There are rumours that Ashley and Tyler may have dated in the past, but neither one of them has confirmed the reports. Meanwhile, Ashley continues to fuel rumours by sharing the most adorable photos of them on Instagram and hashtagging them with their PLL moniker "Haleb," leading us to believe that there's something more between these two.

Although we still don't know whether Ashley and Tyler are an item or not, keep reading to see their sweetest Instagram moments, and if you just can't wait until PLL's seventh season, relive the big reveal and check out all the other characters who could have been "A."