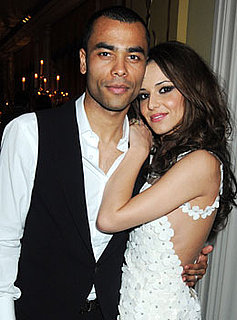 Ashley Cole was arrested in the early hours of this morning for being drunk and disorderly outside a nightclub in London. The footballer was on a night out with friends including John Terry when he was arrested and held in a cell, before paying the £80 fixed penalty charge and being released. A police spokesman said:

It shouldn't be too much of a bite out of his bank balance, after all Ashley earns £82,000 a week. Meanwhile his wife Cheryl is on day four of climbing Mount Kilimanjaro for Comic Relief, I wonder what she'll have to say when she gets back.