Ashley Greene looks dark and mysterious for the August issue of US Elle with Drew Barrymore on the cover. The Eclipse star has spent her Summer promoting the film across the globe and sneaking in romantic moments with boyfriend Brock Kelly. Ashley is best known for her role as Alice Cullen and says that while she's grateful for the opportunities opened up by the Twilight saga, she's also eager to branch out as an actress. Her upcoming roles in the comedy Butter and horror flick The Apparition should show she can do just that. She says: 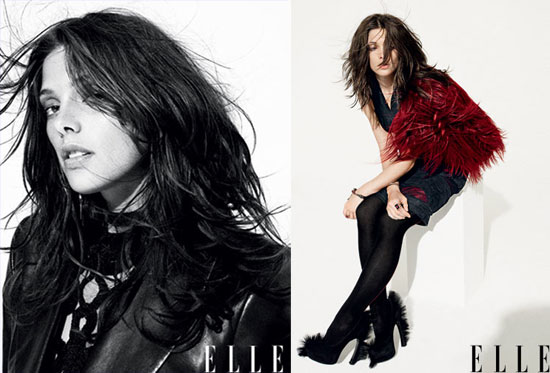