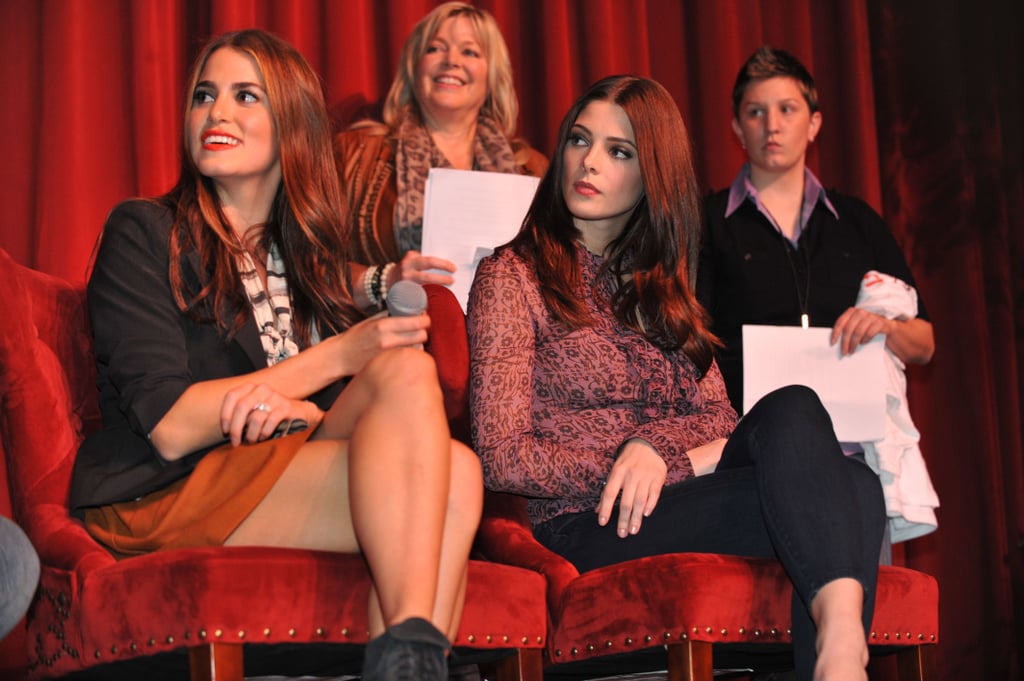 The Twilight cast traveled to Georgia to promote Breaking Dawn Part 1 yesterday. Nikki Reed, Ashley Greene, Jackson Rathbone, and Charlie Bewley were all on hand for the fan event, which included a performance by singer Christina Perri. To promote the movie and its soundtrack, members of the cast and artists featured on the album are doing a mini concert tour, which also includes a stop in San Francisco later this week.

Nikki, Ashley, and Jackson already started press for the fourth installment of the franchise last week when they attended the film's interview junket along with Kristen Stewart, Robert Pattinson, and Taylor Lautner. Nikki talked to us about her wedding and how it compared to Bella and Edward's onscreen nuptials while Robert shared his take on the dramatic birthing scenes. Kristen opened up about her new role in Snow White and the Huntsman and explained how much pressure she felt about getting her character's British accent right.