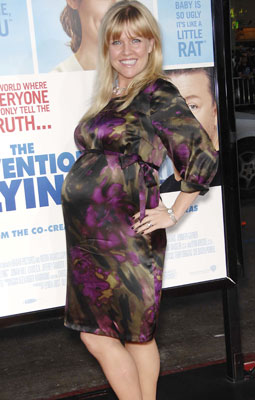 Ashley Jensen and her husband Terence Beesley have welcomed a son whom they've called Francis Jonathan Beesley. The tot, who was born on 20 October, is already known by the nickname Frankie Jack. Ashley's rep says mother and baby are home and doing well.

The couple announced the pregnancy in July and chose not to find out the sex of the baby, saying:

"We thought there are so few surprises left in the world. We wanted to be surprised, so we don't have the room painted pink or blue."