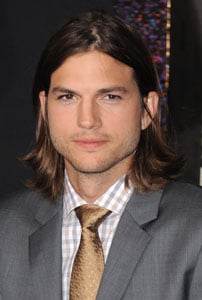 There's been talk of a Steve Jobs biopic pretty much since the death of the Apple cofounder, and now we've got a face to put to the film. Ashton Kutcher will play Steve Jobs in the biopic Jobs, which will follow his life from young adulthood onward. Despite Kutcher's devotion to Silicon Valley, it's hard for me to picture him putting all of his goofiness aside and taking on a role this heavy. How do you feel about this bit of casting?