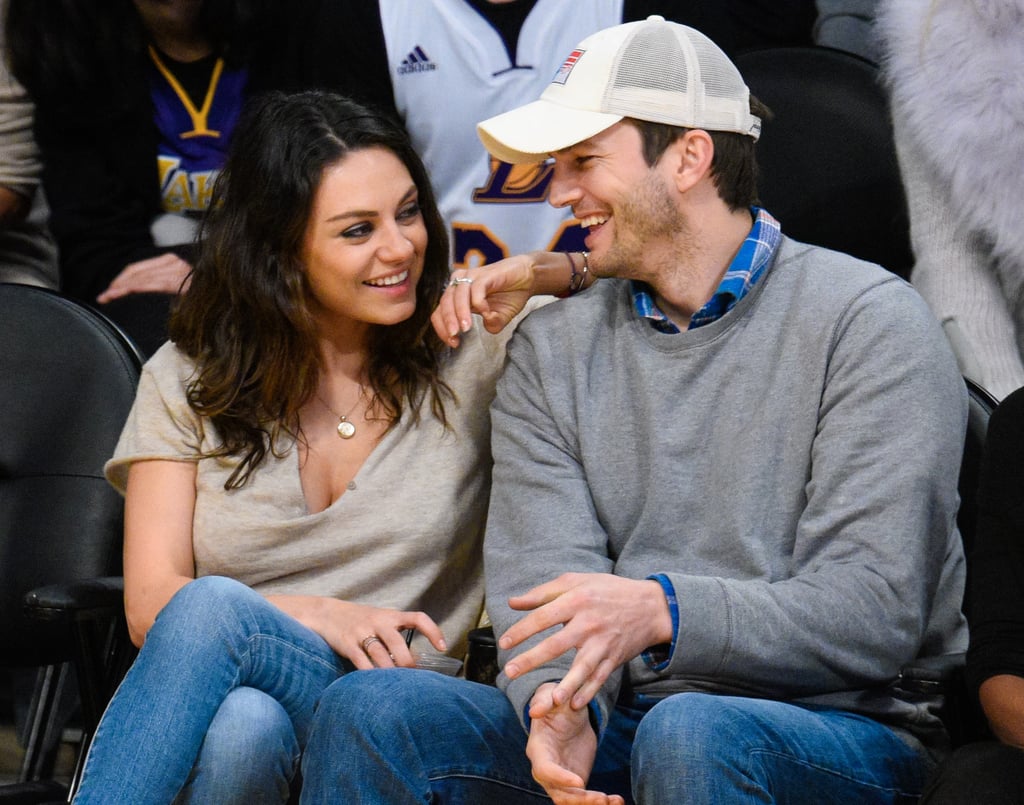 Ashton Kutcher on His First Kiss With Mila Kunis: "She Was Like My Little Sister"

If you're having a hard time naming a cuter couple than Mila Kunis and Ashton Kutcher, we don't blame you. The pair first met on the set of That '70s Show in 1998, when Ashton was 19 and Mila was 14. At the time, Ashton was not romantically attracted to Mila and only viewed her as his "little sister." During an interview with Howard Stern on Wednesday, the actor revealed what it was really like to kiss Mila back then. "I did her chemistry homework for her," Ashton explained. "I think I was her first kiss on the show. We have our first kiss like memorialised on the TV show . . . It was really weird. I was like, 'Isn't this illegal?' It was really awkward. She was 14! She was like my little sister."

While Mila previously told Howard that she wasn't attracted to Ashton when she was a teenager, her husband believes otherwise. "She has a journal, like a diary of when she was a kid that she wrote . . . she thought I was cute," Ashton said. "At first I think she thought that I was good looking. Shortly thereafter, I was just annoying to her because I was like a big brother." Ashton and Mila kept in touch after That '70s Show ended, and years later, they reconnected at a party, where they shared their second kiss. "She's like, 'You're not ready to be in a relationship' and I'm like, 'I"m not ready to be a in a relationship,'" Ashton confessed. "It was funny because I'd just done this movie called No Strings Attached and she just did a movie called Friends with Benefits and we legitimately lived out our movies, which was virtually the same movie."

According to Ashton, both he and Mila were aware of the sparks that were flying at the time. "I was smoking cigarettes at the time and I was still a smoker and she had quit smoking and she wanted me to like shotgun cigarette smoke so she could breathe it in. And I was like, 'Well alright.' And so I started doing this and gradually through the night, it got closer and closer and closer," he said. "I think it was pretty mutual — it was kind of obvious that things were happening." Fast-forward to present day, and Ashton and Mila are married and have two kids together, 2-year-old daughter Wyatt and nearly 1-year-old son Dimitri. Funny how life works, right?