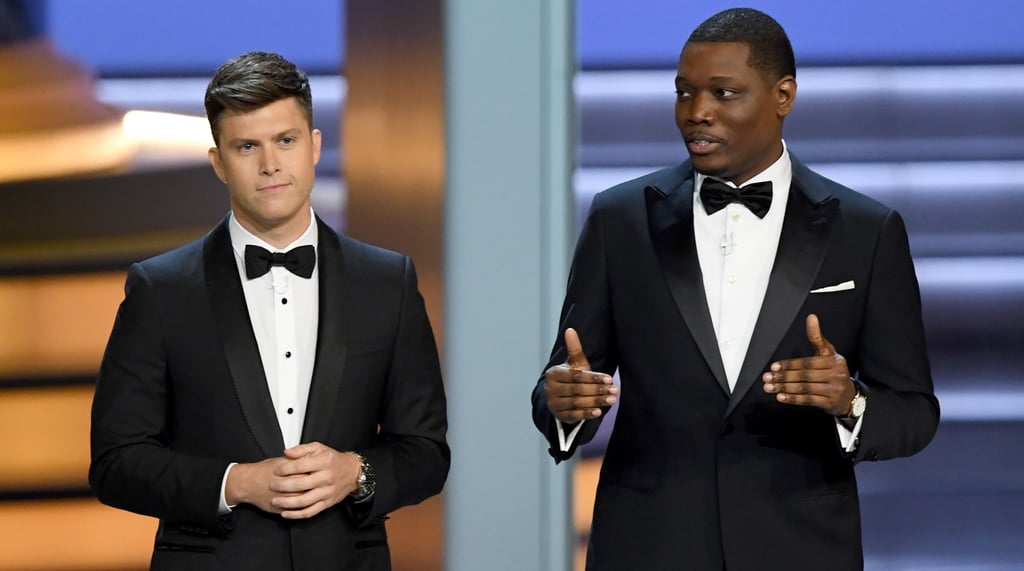 How Are This Year's Emmy Hosts Doing? Let's Check the Audience Reactions

This year's Emmy Awards got off to an interesting start on Sunday. After the satirical opening number that claimed Hollywood had "solved" diversity (before, you know, taking it back), hosts Colin Jost and Michael Che took the stage for their opening monologue. And, well, let's just say the jokes they prepared were kind of hit and miss. Don't believe us? Here's a small collection of reactions from the audience. I mean, to be fair, it could've gone worse!