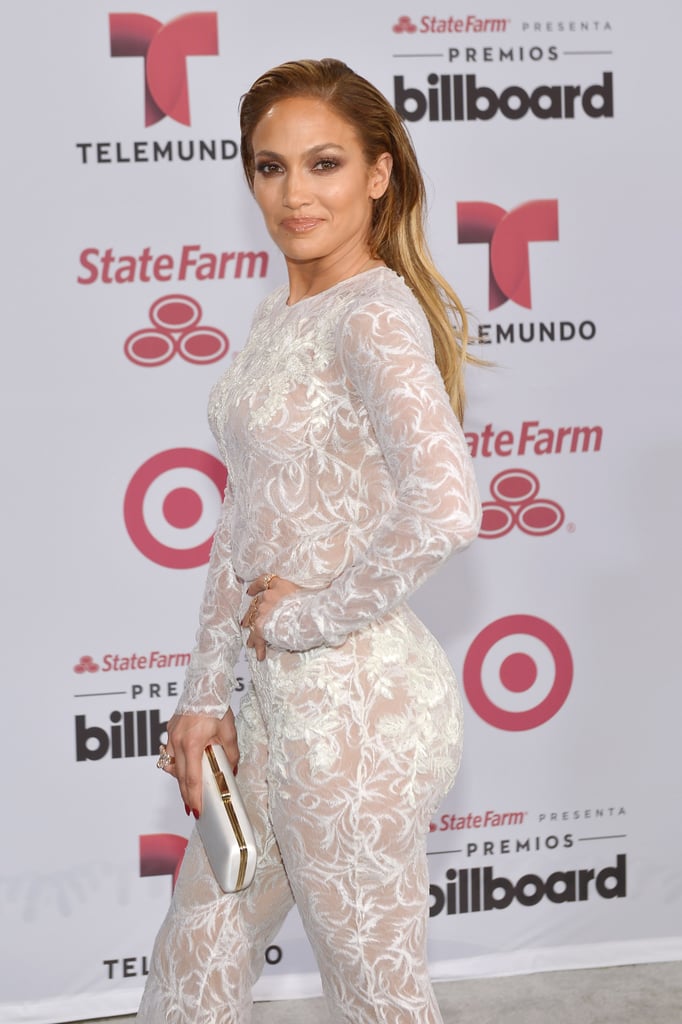 Jennifer Lopez stunned on the red carpet at the Billboard Latin Music Awards in Miami on Thursday — which is good, because she just so happened to run into her ex-husband Marc Anthony and his current wife, Shannon De Lima. Jennifer looked sexier than ever in a lace jumpsuit and cape by Zuhair Murad and kept her signature sultry gaze while posing for photos. Meanwhile, Marc and Shannon stayed close on the carpet, and the salsa singer showed his love by sweetly kissing her on the cheek. Jennifer also hit the stage during the show, performing in another sexy outfit in a tribute to the late Selena Quintanilla in honour of the 20th anniversary of her death.

Jennifer and Marc split in 2011 after seven years of marriage and are parents to 7-year-old twins, Max and Emme. Marc and Shannon tied the knot in November 2014, and just two months later, Jennifer opened up about the painful divorce in her HBO documentary, Jennifer Lopez: Dance Again, saying, "There's no pain or failure like going through a divorce. You feel like you failed. You feel like no matter how hard I tried, I couldn't make it work." Keep reading to see photos of Jennifer and Marc on the red carpet.