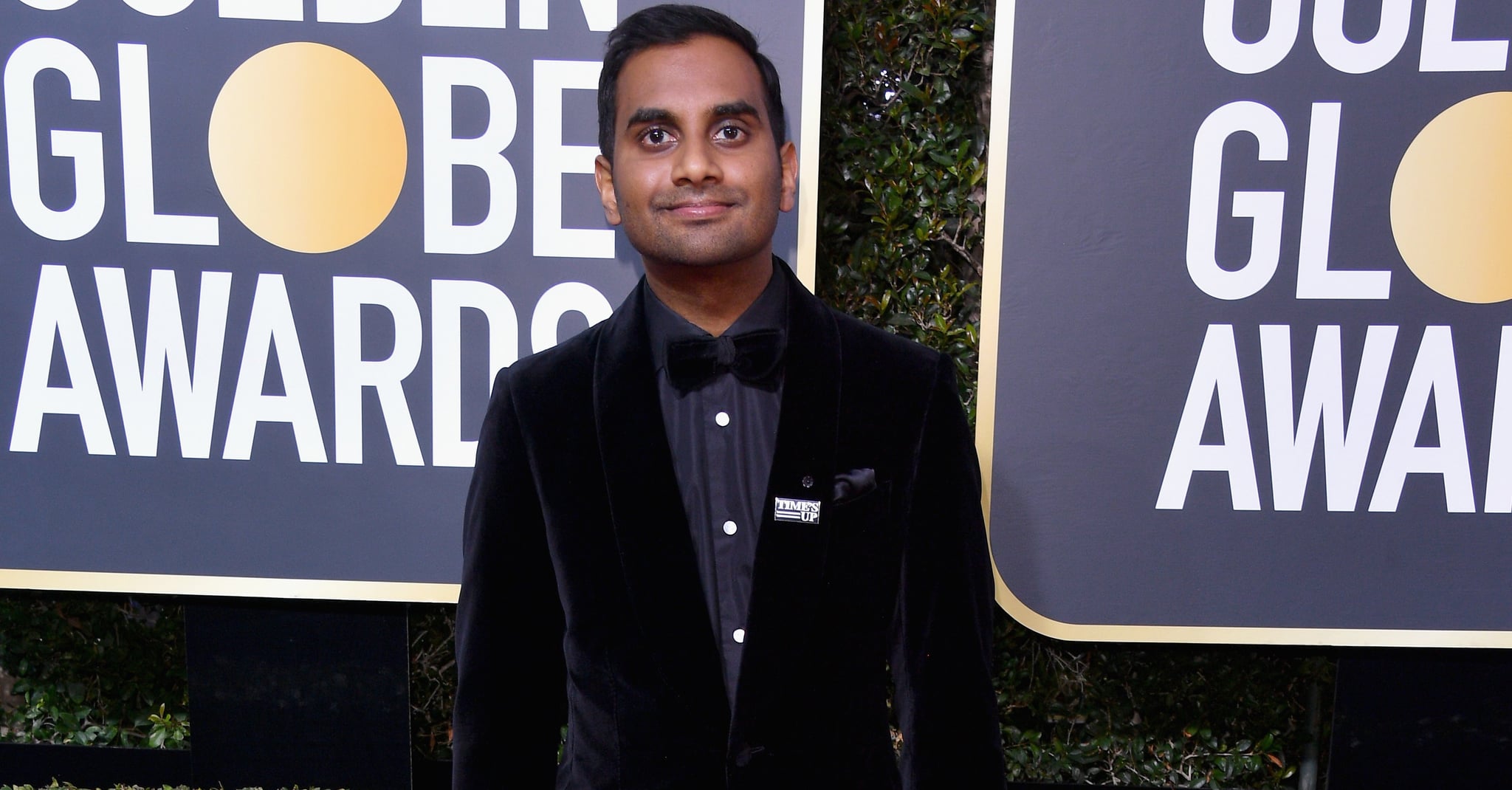 Update: On Sunday, Aziz Ansari released a statement via his rep in regard to the sexual assault allegation made against him:

"In September of last year, I met a woman at a party. We exchanged numbers. We texted back and forth and eventually went on a date. We went out to dinner, and afterwards we ended up engaging in sexual activity, which by all indications was completely consensual.

The next day, I got a text from her saying that although "it may have seemed okay," upon further reflection, she felt uncomfortable. It was true that everything did seem okay to me, so when I heard that it was not the case for her, I was surprised and concerned. I took her words to heart and responded privately after taking the time to process what she had said.

I continue to support the movement that is happening in our culture. It is necessary and long overdue."

Original story: Aziz Ansari wore a Time's Up pin to the Golden Globes this year in solidarity with the women who were standing up against sexual harassment and inequality in the workplace, but now the actor is facing his own allegation of sexual assault. On Saturday, a 23-year-old photographer from Brooklyn, New York, came forward with a graphic, detailed account of her encounter with Aziz last September.

"Grace," who is using a pseudonym to protect her anonymity, recalled meeting Aziz at the 2017 Emmy Awards after-party. According to her account, the two exchanged numbers and went on a date a week later, but then things took a turn. "When the waiter came over he quickly asked for the check and he said like, 'Let's get off this boat.'" she told Babe. "Like, he got the check and then it was bada-boom, bada-bing, we're out of there."

When they got back to his TriBeCa apartment, Grace says "[i]n a second, his hand was on my breast." The 23-year-old also said she felt the Master of None star and author of dating advice guide, Modern Love, took advantage of her after she became disinterested in going any further with him and ignored her "verbal and non-verbal" cues to not have sex.

"I cried the whole ride home. At that point I felt violated. That last hour was so out of my hand," she shared. "I didn't leave because I think I was stunned and shocked. This was not what I expected. I'd seen some of his shows and read excerpts from his book and I was not expecting a bad night at all, much less a violating night and a painful one."

Grace also shared alleged screenshots of text messages from Aziz in which he apologises for his behaviour after she confronted him. "I'm so sad to hear this," the texts read. "Clearly, I misread things in the moment and I'm truly sorry."