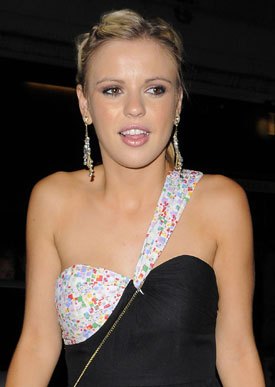 We all knew it was going to happen at some point — a Big Brother 9 contestant is releasing a single, and it's Stephanie McMichael.

Having found a spare moment amongst her rumoured shenanigans with Rex, BB9's first evictee recorded the uptempo and wonderfully named "Camera Shy".

It's unsurprising that Steph is taking another stab at the music industry; after all, she entered Popstars: The Rivals (birthplace of Girls Aloud) but had to leave when judges discovered she lied about her age.

What do you reckon — spin it or sling it?