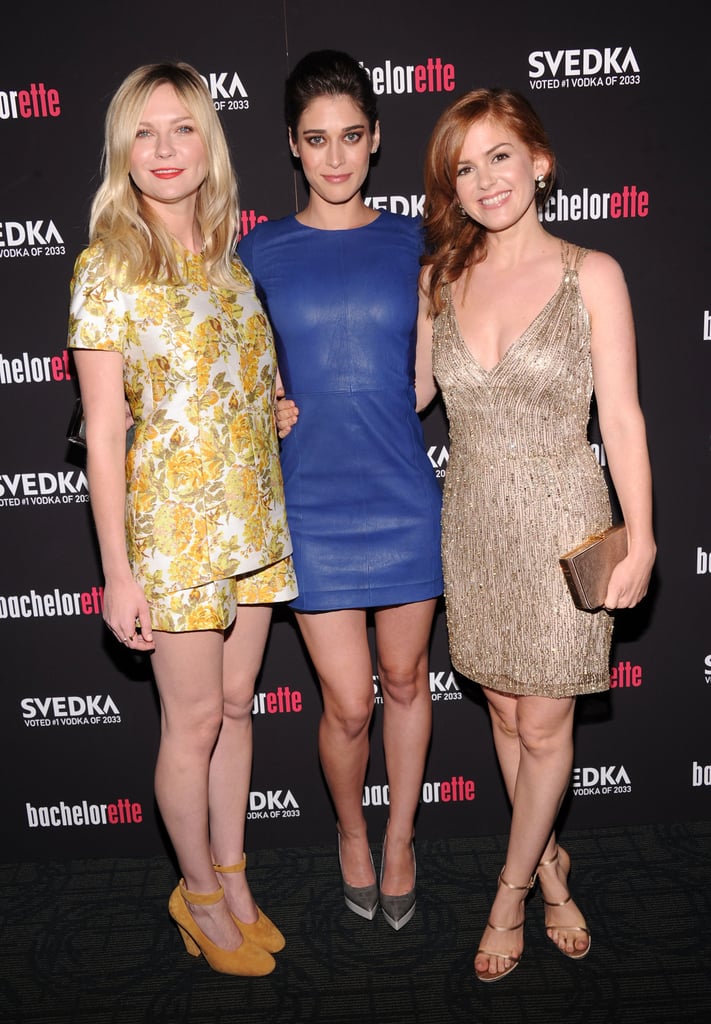 Kirsten Dunst and Isla Fisher brought their comedy, Bachelorette, to NYC last night with their costar Lizzy Caplan. Isla and Kirsten both donned Stella McCartney for the Svedka-sponsored screening, while Lizzy went a slightly different route in Halston Heritage. The trio have been around the country showing off the picture before its theatrical release on Friday, though it's been on-demand for a while and is currently among the top rentals on iTunes. Kirsten, Isla, and Lizzy all told us about the portrayals of female friendships in the film — stay tuned for that later today on PopSugar Rush!

Isla also touched on her husband, Sacha Baron Cohen, winning comedian of the year at last night's British GQ Men of the Year Awards in London. She joked that he didn't need her congratulations because he was off having a blast at an afterparty at Bono's house. Kirsten, who's been hanging out in the Big Apple with her boyfriend and On the Road costar, Garrett Hedlund, spoke about a few upcoming trips. She and Garrett are taking On the Road to the Toronto International Film Festival, and she revealed a lot has been changed in their movie since its Cannes debut. Kirsten said it feels more like the book presently. After Canada, she's off to Greece to work on her next film.