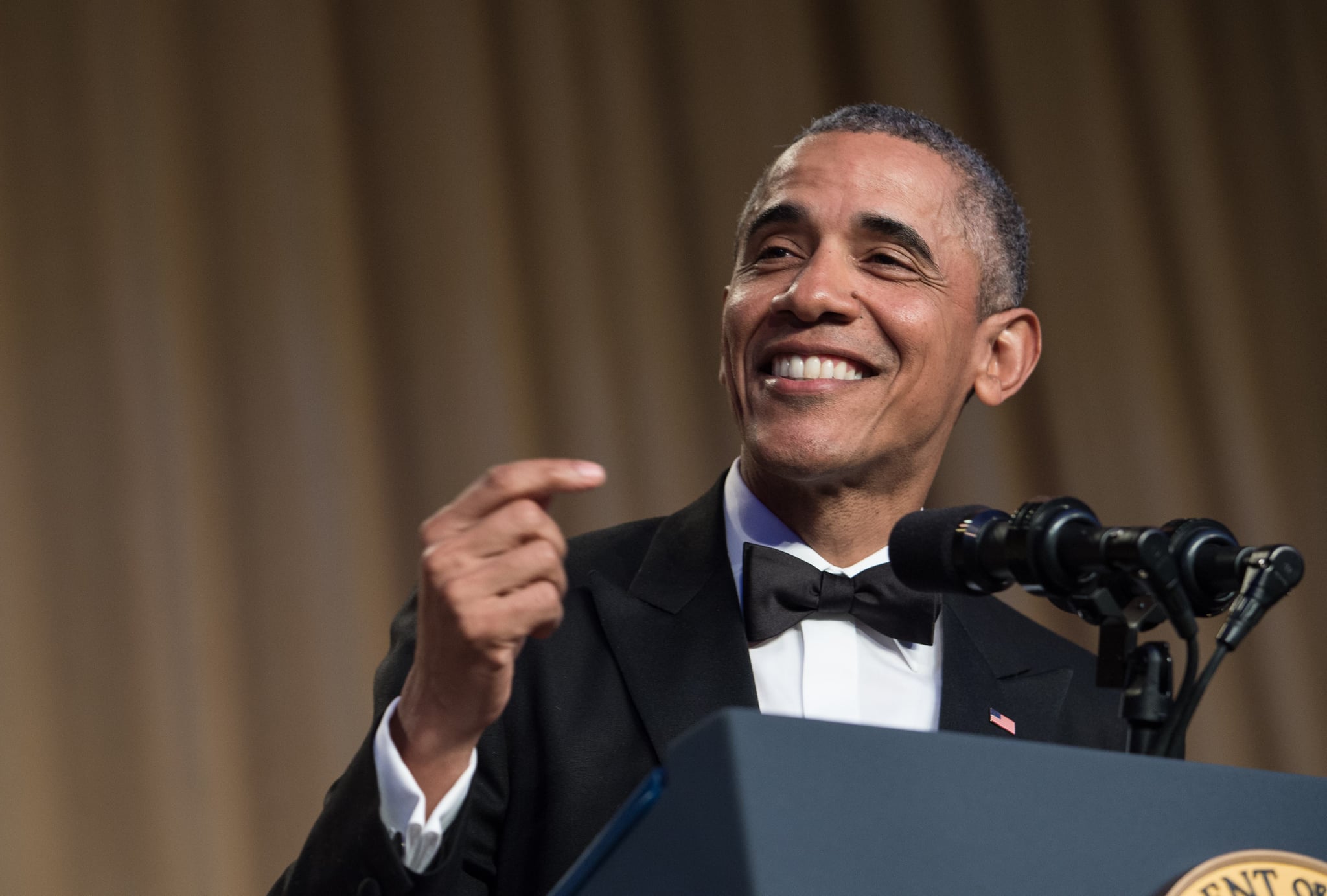 Saturday night marked Barack and Michelle Obama's final White House Correspondents' Dinner in Washington DC. That could only mean the night was going to be filled with nostalgia, laughs, and a few surprising twists. While the red carpet yielded tons of dapper men and a brilliant Prince tribute from Helen Mirren, the action really heated up once everyone got inside and the dinner began.

As the night rolled on, Barack Obama stole the spotlight with a hilarious speech that was jam-packed with one-liners. Our favourite joke, though, might be his harmless zinger about the moment he met Prince George. He said, "Last week, Prince George showed up to our meeting in his bathrobe. That was a slap in the face, a clear breach of protocol." Relive even more fun highlights from the Obamas' final dinner, then watch this hilarious video about Barack's future plans.