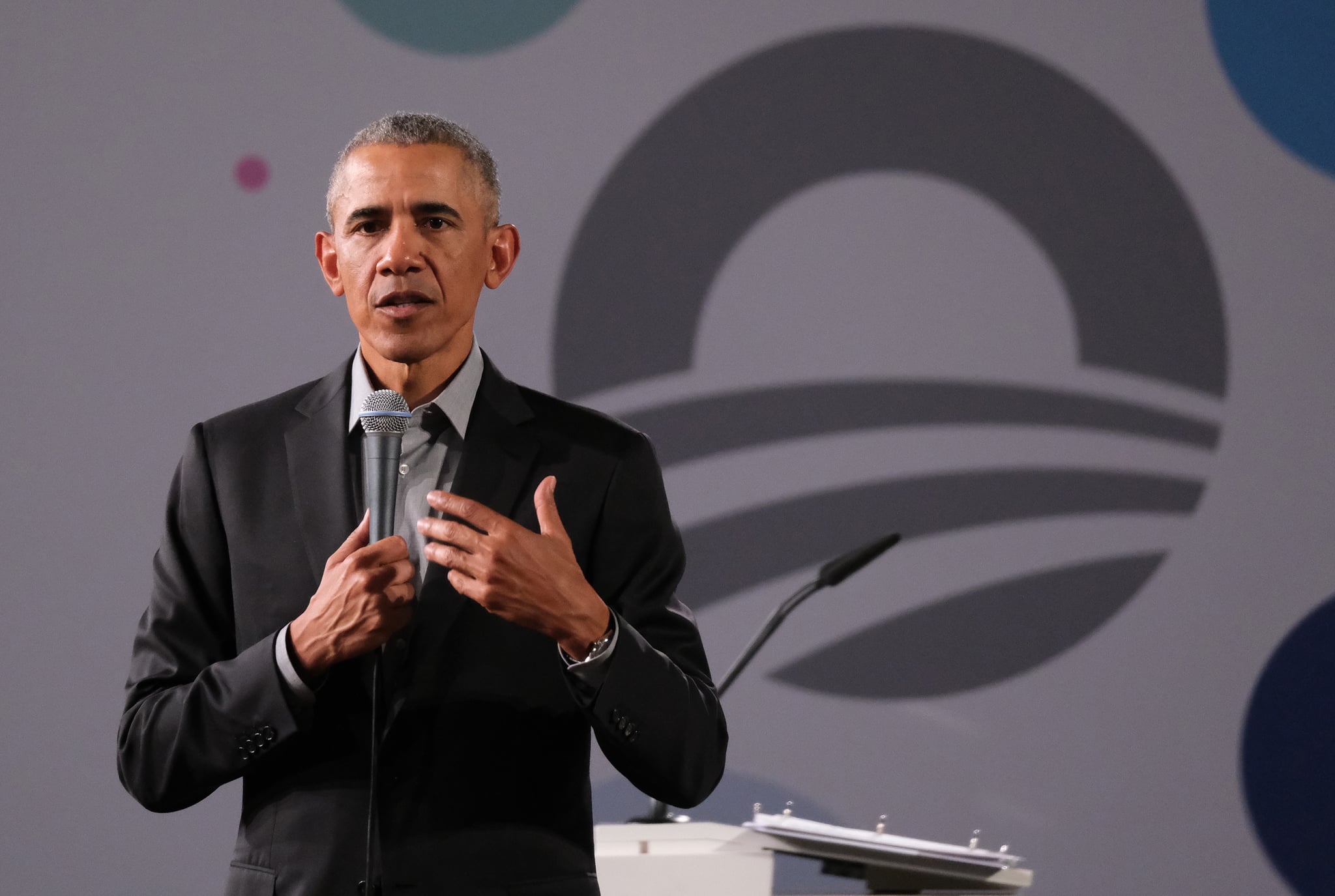 Barack Obama reached out to Nipsey Hussle's family and friends by writing a touching letter for his Celebration of Life memorial service on Thursday. The ceremony was held at LA's Staples Centre, and digital media strategist Karen Civil had the honour of reading the letter at the beginning of the event. "While most folks look at the Crenshaw neighbourhood where he grew up and see only gangs, bullets, and despair, Nipsey saw potential," Barack wrote. "He saw hope. He saw a community that, even through its flaws, taught him to always keep going. His choice to invest in that community rather than ignore it is a legacy worthy of celebration."

Thousands of people gathered at the Grammy-nominated rapper's memorial service, including Beyoncé, JAY-Z, Stevie Wonder, Snoop Dogg, Meek Mill, and Usher. There were several performances at the event, including Marsha Ambrosius's "Fly Like a Bird" by Mariah Carey.

Thank you to @BarackObama for sending this letter for me to read celebrating @NipseyHussle’s life & legacy. 🏁 pic.twitter.com/qwEjjb6O9d

Nipsey's girlfriend, Lauren London, also gave an emotional speech and brought her children onstage, including their 2-year-old Kross. Nipsey was fatally shot outside of his clothing store, Marathon Clothing, on March 31 in the Crenshaw neighbourhood of LA, where he grew up and was known for working to uplift the community. He was 33 years old.

Celebrity Instagrams
Barack Obama Celebrates Michelle's 57th Birthday: "Every Moment With You Is a Blessing"
by Karenna Meredith 1 day ago