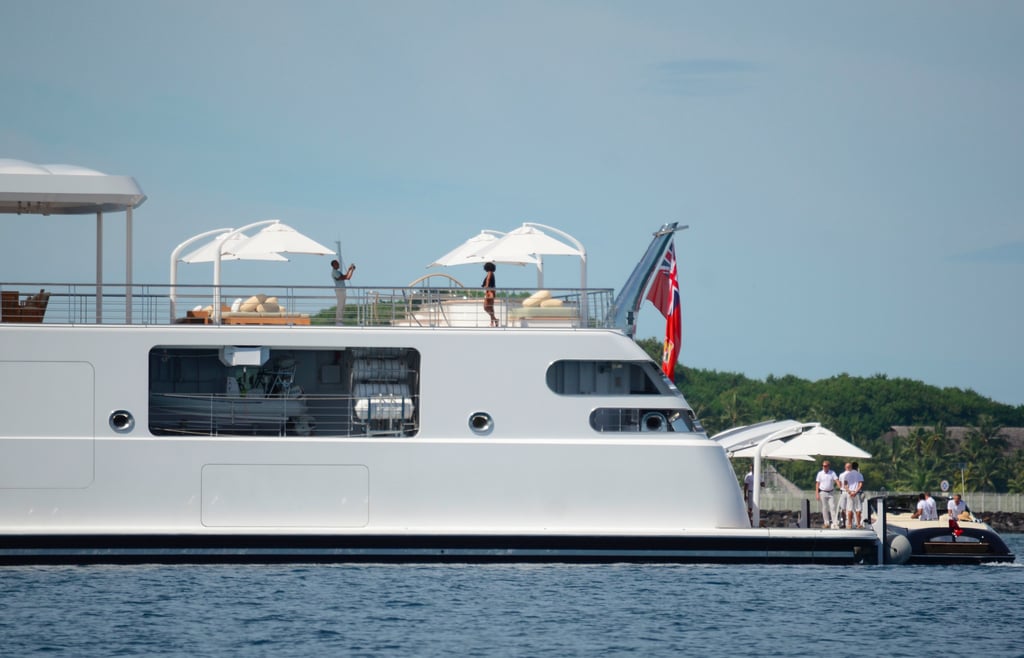 Barack and Michelle Obama have been enjoying their time as former president and first lady, as they should; after a long-fought eight years, the couple is finally getting some rest and relaxation and have been zigzagging the globe in search of sun, fun, golf, and casual kitesurfing with Richard Branson.

After visiting Southern California, the US Virgin Islands, and Hawaii, Michelle and Barack took off on another well-deserved vacation, this time in Tahiti with famous friends Tom Hanks and Rita Wilson, Bruce Springsteen, and Oprah Winfrey. Casual. The group toured French Polynesia on billionaire music executive David Geffen's luxury super mega-yacht, and on Friday, the couple was spotted on deck.

At first glance, it just looks like two normal people hanging out on a boat. But on closer inspection, you can clearly see Barack proudly snapping photos of his beloved wife with what appears to be an iPad. You can also clearly see Michelle, with her natural hair and sunkissed glow, posing against the gorgeous backdrop and probably saying to herself, "Girl, you are slaying this pose," while saying to Barack, "Make sure you get my good side!" Barack likely shouted something very adorable and romantic back to her, like, "All of your sides are good sides!" Has Barack Obama just become the world's most famous Instagram husband? We sure think so.