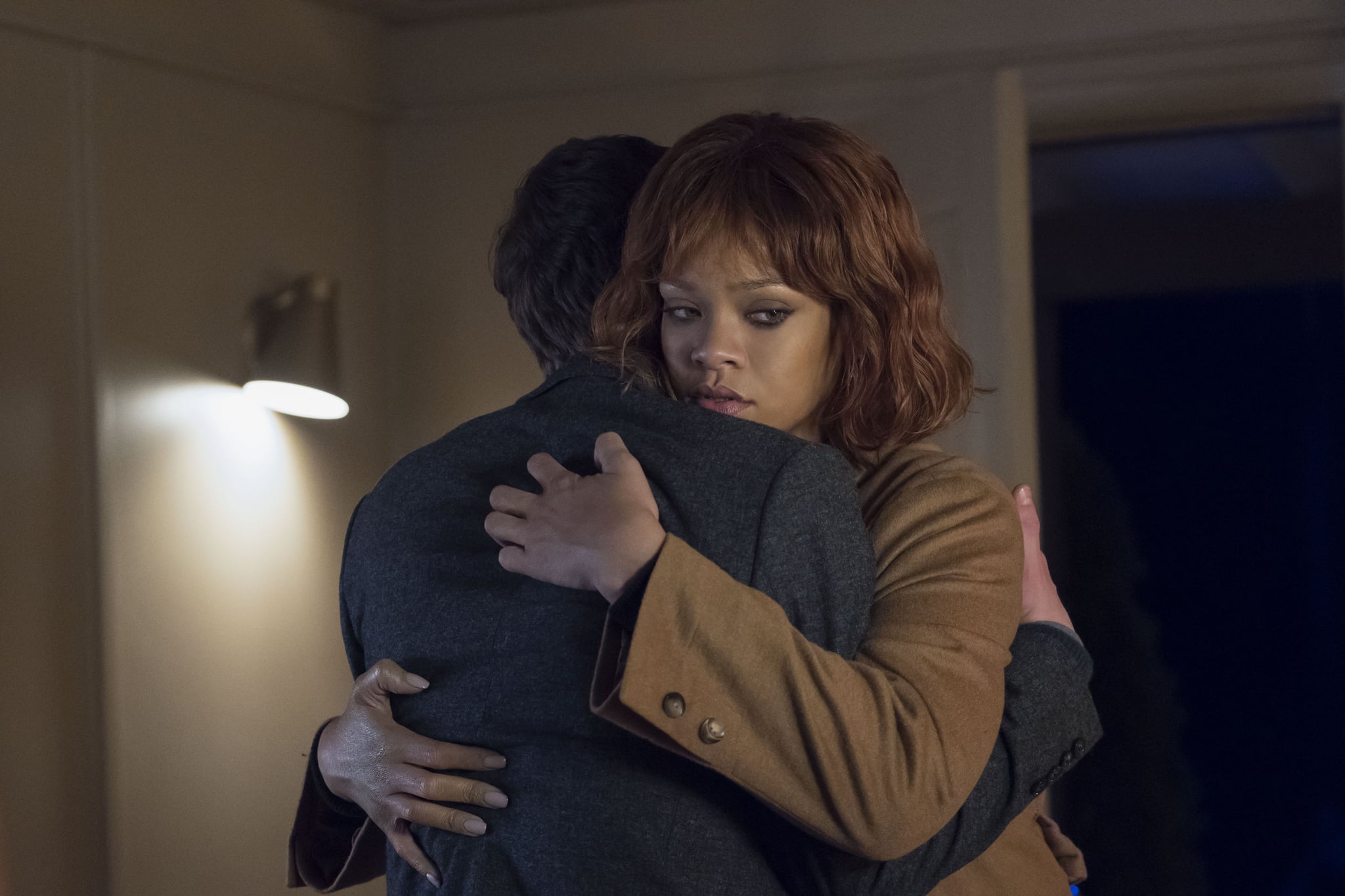 Ever since it was announced that Alfred Hitchcock's masterpiece, Psycho, would be turned into a TV series, we've been wondering how and when the show would feature that shower scene. Bates Motel finally pulled the trigger this week. After hiring Rihanna to play Marion Crane (Norman's infamous victim), the writers completely flipped the script. On Monday's episode, "Marion," Norman bonds with his guest before she heads into the shower. He watched her through a peep hole, but just as the music is swelling, she pulls back the curtain, muttering "Screw this sh*t." Here's the scene:

She goes to Norman, who tells her that Sam is actually married. She leaves, bashes in Sam's (her lover/Madeleine's husband) car, and when she gets back to get her things, Norman tells her to leave. After she's gone, Sam shows up at the motel to meet her . . . just in time to catch Norman with his Murder Face on. Sam gets in the shower and that's when we get the iconic murder scene.

Showrunners Kerry Ehrin and Cartlon Cuse spoke to The Hollywood Reporter about the decision to change the story. Cuse explained that they didn't want to do the same thing that the movie did:

"We discussed this episode for a long time in the writers' room. It was a tall order to bring Psycho in, not let it take over, and deliver a story that was going to have meaning for the arc of our characters. We also wanted our story to be at a peak while doing the episode, so it was almost like a math equation. Eventually it felt like because the story we have been telling in Bates Motel is about how Norman got the way he is, and how a lot of it had to do with growing up in a violent household, that led us back to killing Sam. The idea was that he represented to Norman a version of his father. Norman is really going deep, deep down the rabbit hole of insanity; this makes sense in his head at this moment. It's both heartbreaking and horrific, which is sort of the cocktail that we like. We like heartbreak in our horror."

For comparison, here's the original scene from the 1960 film, starring Antony Perkins and Janet Leigh: