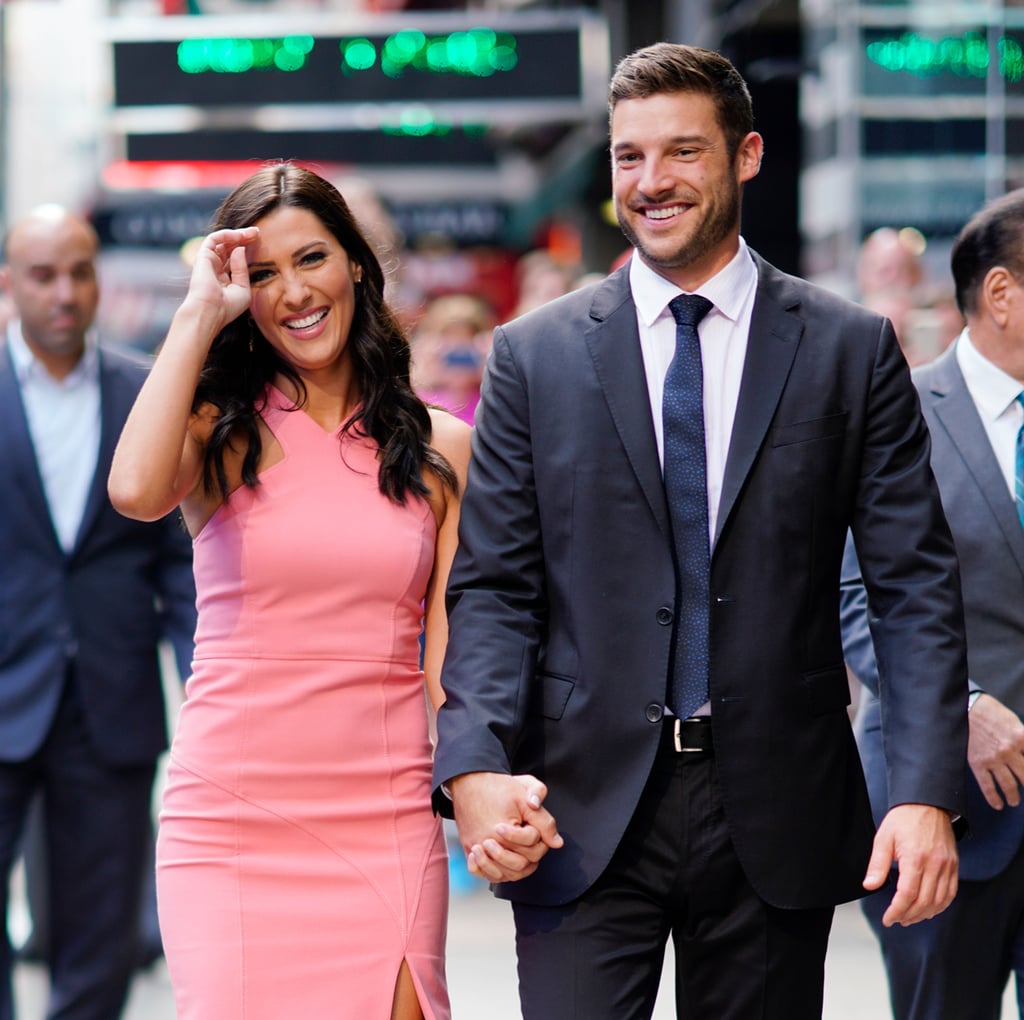 Warning: Major spoilers for season 14 of The Bachelorette ahead. Proceed with caution if you haven't seen the finale yet.

Becca Kufrin is an engaged woman! During the dramatic season 14 finale of The Bachelorette, the charming Minnesota native said "I love you" and gave her finale rose to Garrett Yrigoyen after he got down on one knee to propose on the shores of the Maldives. Of course, no Bachelor Nation engagement is complete without a Neil Lane appearance, and the ring Garrett picked from the jewellery designer's stash is quite the dazzling work of art.

Garrett chose a sparkler with an 18-carat gold band and nearly four carats of diamonds, according to People. It has multiple full-cut diamonds on the gallery and three main oval stones, which Garrett likened to his past, present, and future with Becca while eagerly selecting the special ring from Lane. Aww — how sweet is that?!

Ahead, admire Becca's ring in all its blinding glory, and then keep reading to see a handful of mixed reactions to it from across Bachelor Nation.

Related:
Bachelor Nation Has Never Been Happier to See a Season of The Bachelorette End
Previous Next Start Slideshow
Becca KufrinThe Bachelorette
Around The Web