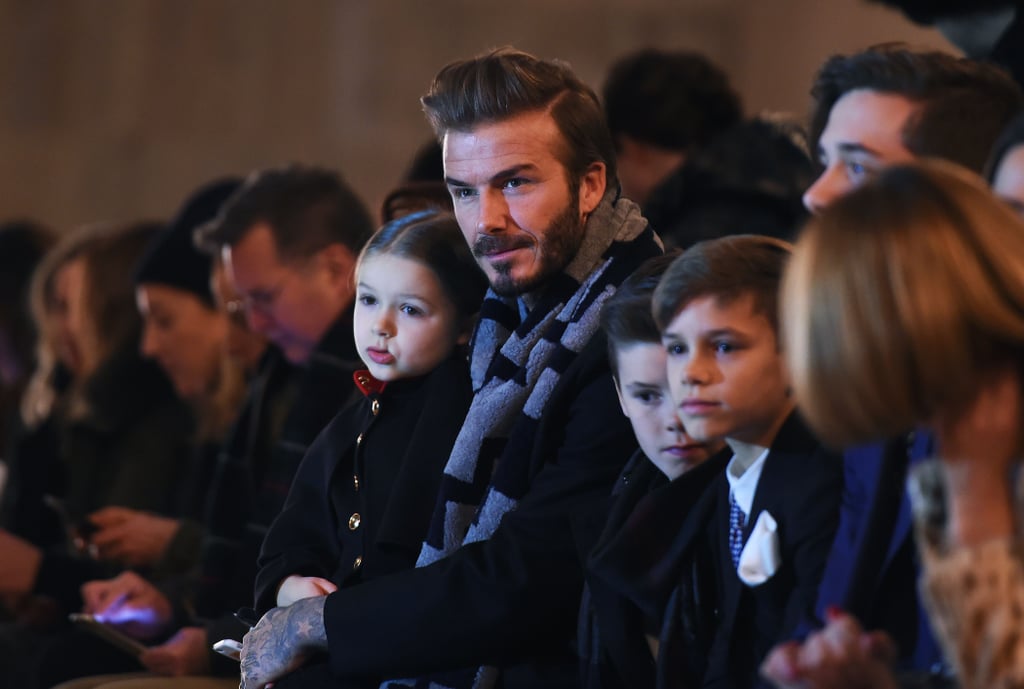 Victoria Beckham had the support of her genetically blessed family at her New York Fashion Week runway show on Sunday. Victoria's husband, David Beckham, attentively looked on from the front row, as did her four children, Brooklyn, Romeo, Cruz, and Harper. During the show, both David and Brooklyn took to Instagram to share thoughtful messages for Victoria. David uploaded a clip from the show and wrote, "So proud of another beautiful season ... @victoriabeckham." Brooklyn's shout-out was just as touching and read, "Congrats mum on another Amazing show. Love you." Once the show was over, the brood stayed true to their family tradition and celebrated at French restaurant Balthazar in SoHo. Read on for more photos, and then in honor of Valentine's Day, look back at David and Victoria's sweetest moments together.

The Weeknd
David Beckham's Daughter, Harper, Mocks His "Dad Dance" at The Weeknd's Concert
by Victoria Messina 5 days ago