For fans of Richard Linklater's two romantic dramas Before Sunrise and Before Sunset, the opening moments of the Before Midnight trailer are so exciting: Jesse (Ethan Hawke) and Celine (Julie Delpy) are together! And they have two adorable daughters! However, the happy ending we always wanted for them looks to be more rooted in reality and more attune to the fact that relationships still take work once two people who belong together find each other. They argue, insult each other a little, but also appear to still really love each other. 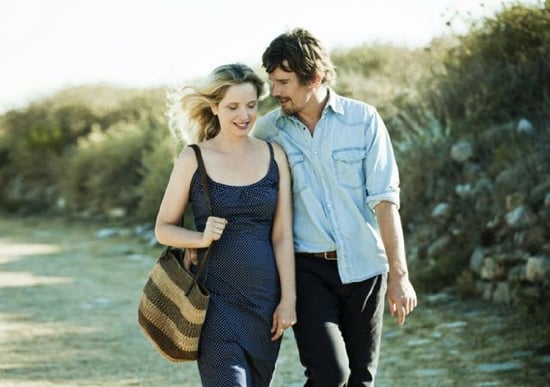 Nine years after the last installment, I'm still getting goose bumps watching these two characters interact — there's love there, for sure, but also so much witty dialogue and emotional intelligence between them. The trailer hits a lighter tone than I'd expect for the third film in this series, and I'm betting some of the sillier moments are more dramatic in context. After its Sundance Film Festival debut earlier this year, Before Midnight comes out in limited release May 24, and you can watch the trailer now after the jump.