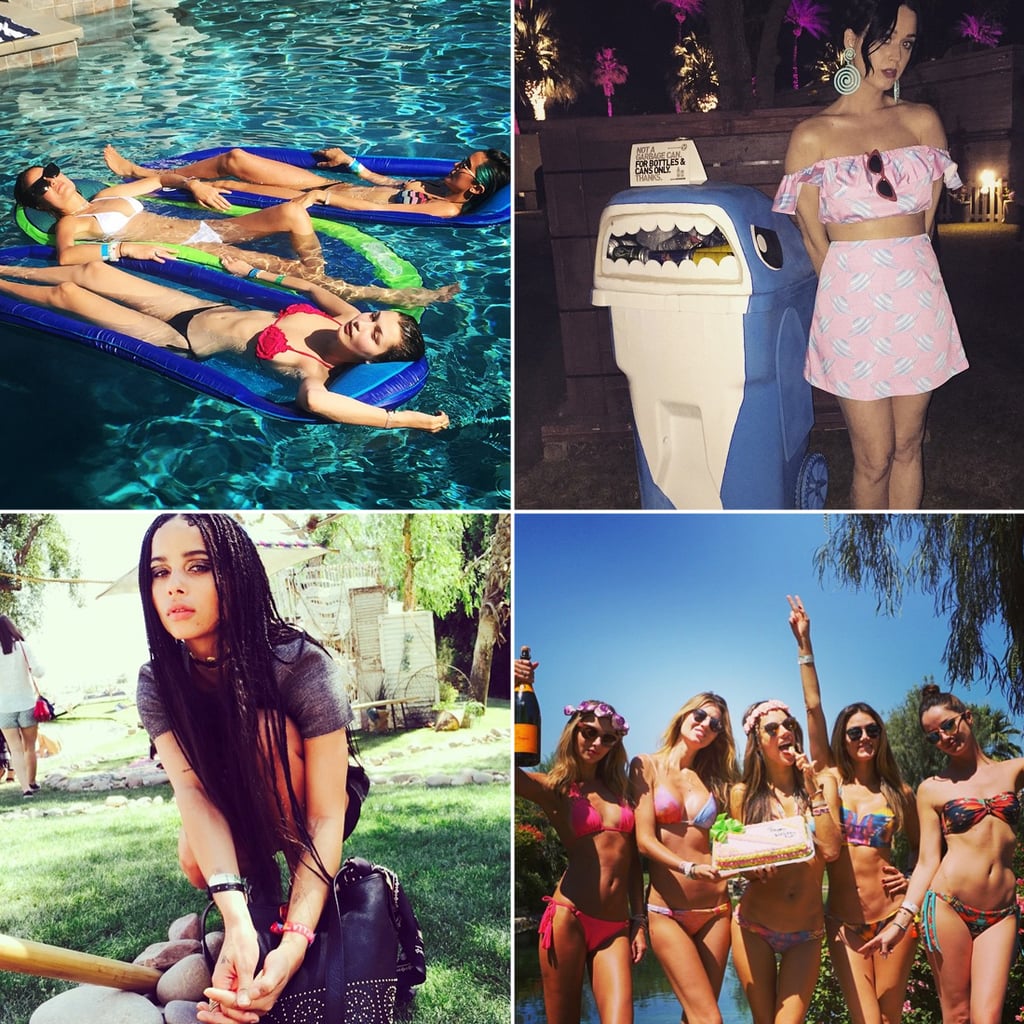 Behind the Scenes With the Stars at Coachella's First Weekend

Coachella weekend brought on everything we love about the world of celebrity Instagram. Rihanna, Kendall Jenner, Alessandra Ambrosio, and Bella Hadid shared bikini snaps during their festival downtime, while Zoë Kravitz, Beyoncé, and Brooklyn Beckham took us behind the scenes on their adventures in the California desert. When it comes to the most hilarious photo of them all, it would be hard to top Katy Perry standing next to a recycling bin that resembles a shark. "Spotted @leftshark doing community service @coachella," she captioned the snap, paying homage to her backup dancer's epic fail at the Super Bowl. Cute Coachella couples also got in on the fun, with Cody Simpson and Gigi Hadid sharing their favourite moments. Read on to see the best celebrity Instagrams, and then check out all the celebrities at the festival.