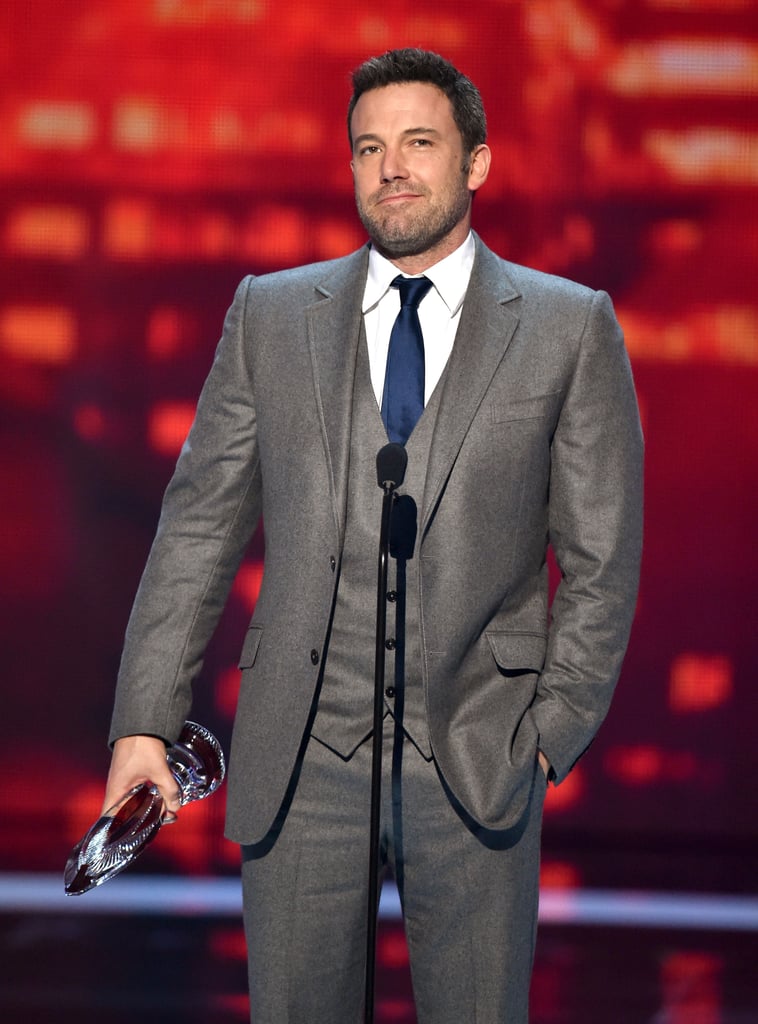 Ben Affleck took the stage at the People's Choice Awards in LA on Wednesday to accept the honour for favourite humanitarian. The actor was chosen as this year's recipient in recognition of his work with Eastern Congo Initiative, which he founded in 2010. The organisation has helped increase grants and investments for sustainable economic and social development opportunities and works to strengthen and revitalise the region's cocoa and coffee sectors, reintegrate former child soldiers into society, and address the health needs of women and children. He was presented his trophy by Amy Adams and began his speech by saying, "I've been called a lot of things in my life, but I'm not sure 'humanitarian,' until recently, has been one of them." He then went on to thank the many people he works with on the initiative, urging those in the audience at home to contribute to the Congolese people in any way they can.

Ben has been lying low on the West Coast lately while gearing up for more award shows; he'll likely be walking the red carpet for the Golden Globes on Sunday, as his latest film Gone Girl is up for four awards, including a best actress nod for his onscreen wife Rosamund Pike. For now, keep reading to watch his speech and see more photos of Ben during his big night at the People's Choice Awards, and be sure to check out his bulging biceps trying to break out of a tight t-shirt in LA earlier this week.