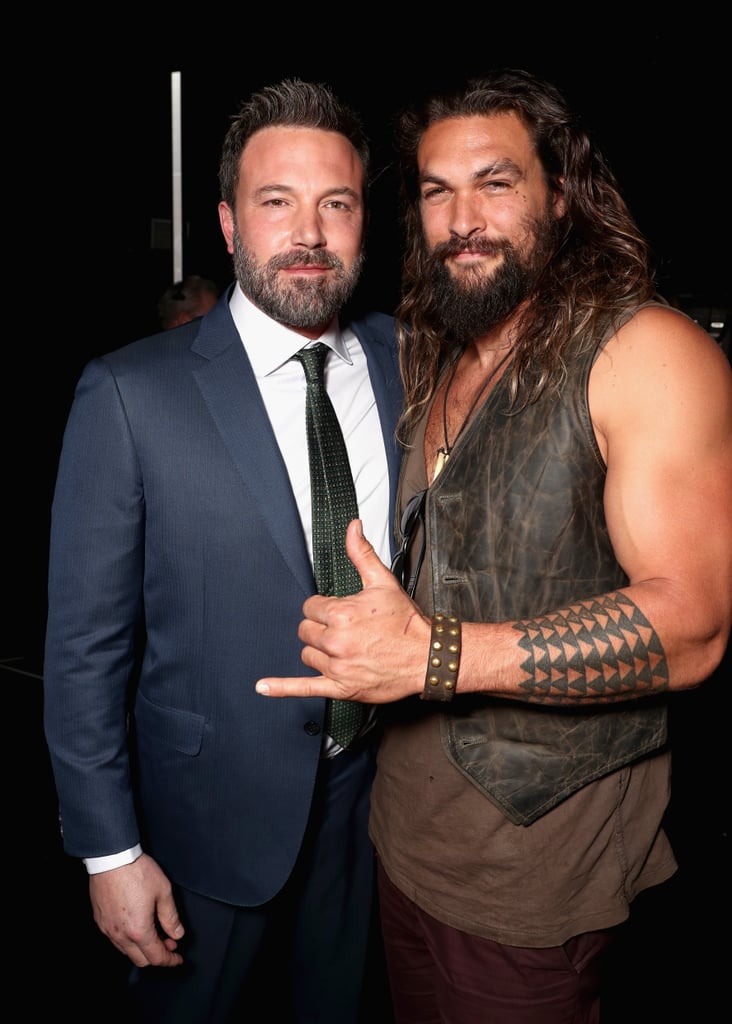 Fans were in for quite the surprise when Ben Affleck popped up at CinemaCon in Las Vegas on Wednesday. The actor — whose divorce from Jennifer Garner is still up in the air — joined the star-studded Justice League cast, including Jason Momoa and Henry Cavill, in promoting the highly anticipated film. Clad in a blue suit, Ben appeared calm and relaxed as he took the stage and posed for pictures with his costars.

The outing marks Ben's first public appearance since his rehab announcement, though he was spotted cracking up with Jennifer during a family outing over the weekend. Ben recently completed a stint in rehab for "alcohol addiction," and according to his BFF, Matt Damon, things are on the up and up. While doing press for Suburbicon at the event on Tuesday, Matt said that Ben is feeling "fantastic" since treatment and that he "couldn't be happier."

Award Season
Someone Call Trent Crimm, the Ted Lasso Cast Looked Like Next-Level Superstars at the Emmys
by Perri Konecky 3 days ago