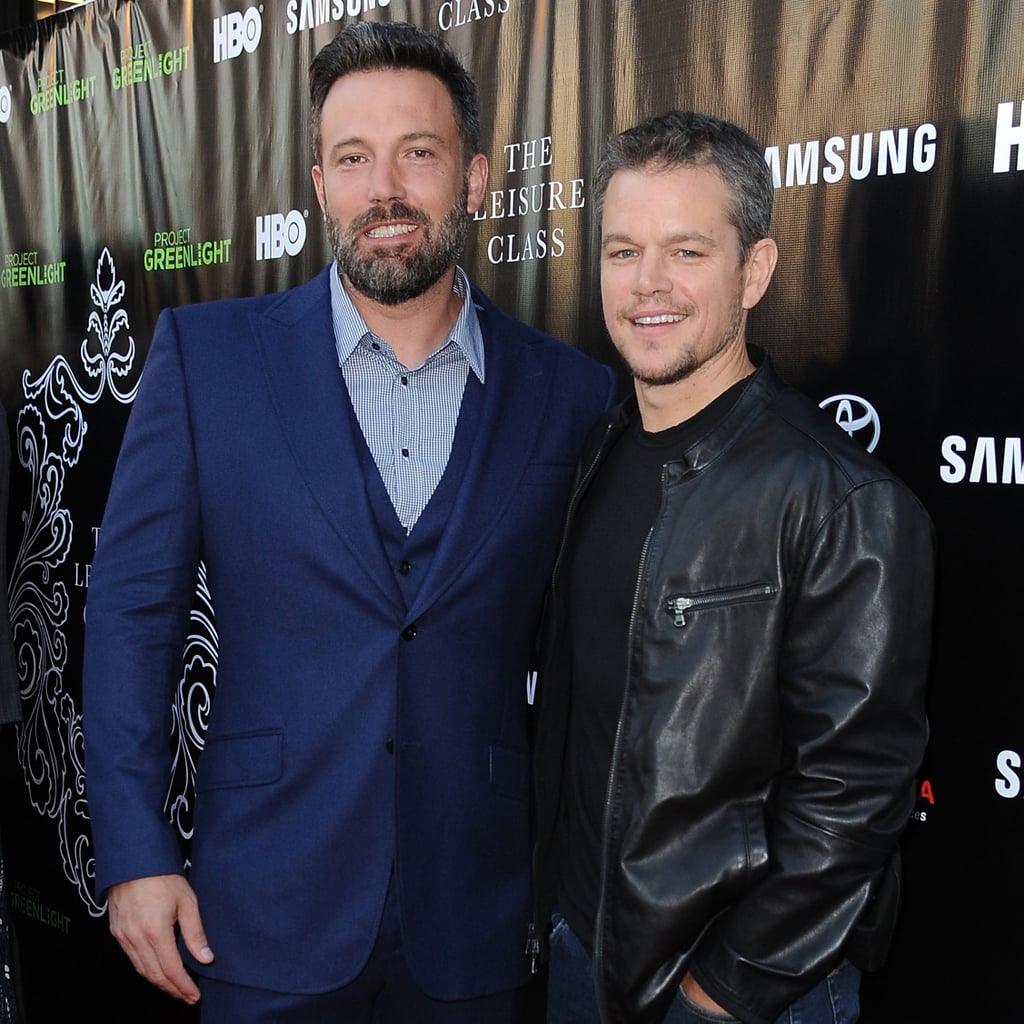 Ben Affleck and Matt Damon are reunited — and it looks so good. On Monday, the longtime best friends hit the LA red carpet at the season four premiere of their HBO show Project Greenlight, for which they serve as executive producers. True to form, the guys shared a few good laughs while posing for photos together. Matt debuted a new short 'do — yes, that ponytail from July is gone — and opted for a casual look in a leather jacket and jeans. Meanwhile, Ben went all out in a blue suit. The 42-year-old also wore his wedding ring.

The photogenic duo's event marked their first appearance together since Ben and Jennifer Garner announced their plans to divorce on June 30. Although Ben avoided questions, People reports Matt gave an update on his buddy's mindset: "He's great, he's great. He's got a big smile on his face." Matt, 44, also touched on Ben's birthday on Aug. 15. "Yeah, I wish him well, but he's 43, it's kind of like, meh," Matt said. "What is 43? It's not 40, it's not 45, it's 43. It's a forgettable birthday."

In the midst of speculation about Ben's alleged affair with nanny Christine Ouzounian, the actor has continued to visit his children in Atlanta, where Jen is working on a new film project. Most recently, Ben reunited with his family on Aug. 8. Read on to see Ben joke around with Matt on the red carpet.