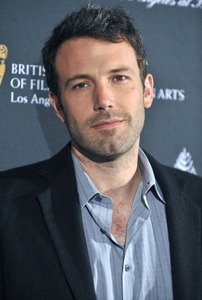 Ben Affleck's latest directing project Argo still needed a lead actor, so Affleck stuck close to home. Ben Affleck has cast himself in Argo, so the actor will play double duty as director and star. Argo is based on the true story of how the CIA and Canadian government rescued six American hostages from Tehran in 1979. The CIA convinced the Iranians that the hostages were actually the film crew for a made-up movie called Argo, and were scouting locations in the area. Under that ruse, the Americans were allowed to escape. Affleck will play Tony Mendez, the CIA exfiltration expert who masterminded the plan. After The Town, this is the second time Affleck will be on both sides of the camera. Good luck with Affleck, Affleck!