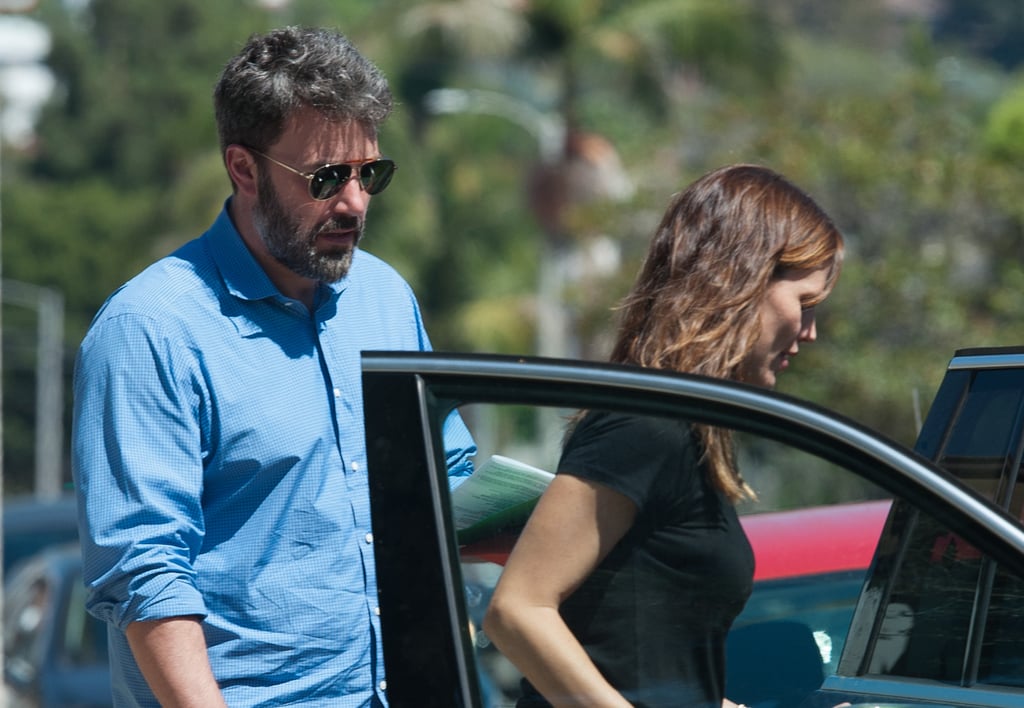 Ben Affleck and Jennifer Garner made yet another appearance together over the weekend. The recently separated couple stopped at a farmers market in LA on Sunday and appeared to be happy and relaxed while getting into their car together. We've seen a lot of Ben and Jen since they announced their plans to divorce back in June; at the time, they made it clear that they would be "work[ing] together as co-parents and as two people who still care about each other," and it definitely seems as if they're sticking to that promise. In addition to being spotted on multiple public outings with their kids, Ben and Jen were recently photographed sharing a laugh while leaving an office. It was reported that they were seeing a marriage counsellor — whether they are planning to patch things up or just focusing on their family, it's pretty great to see these two keeping things civil. Keep reading to see Ben and Jen's latest outing.