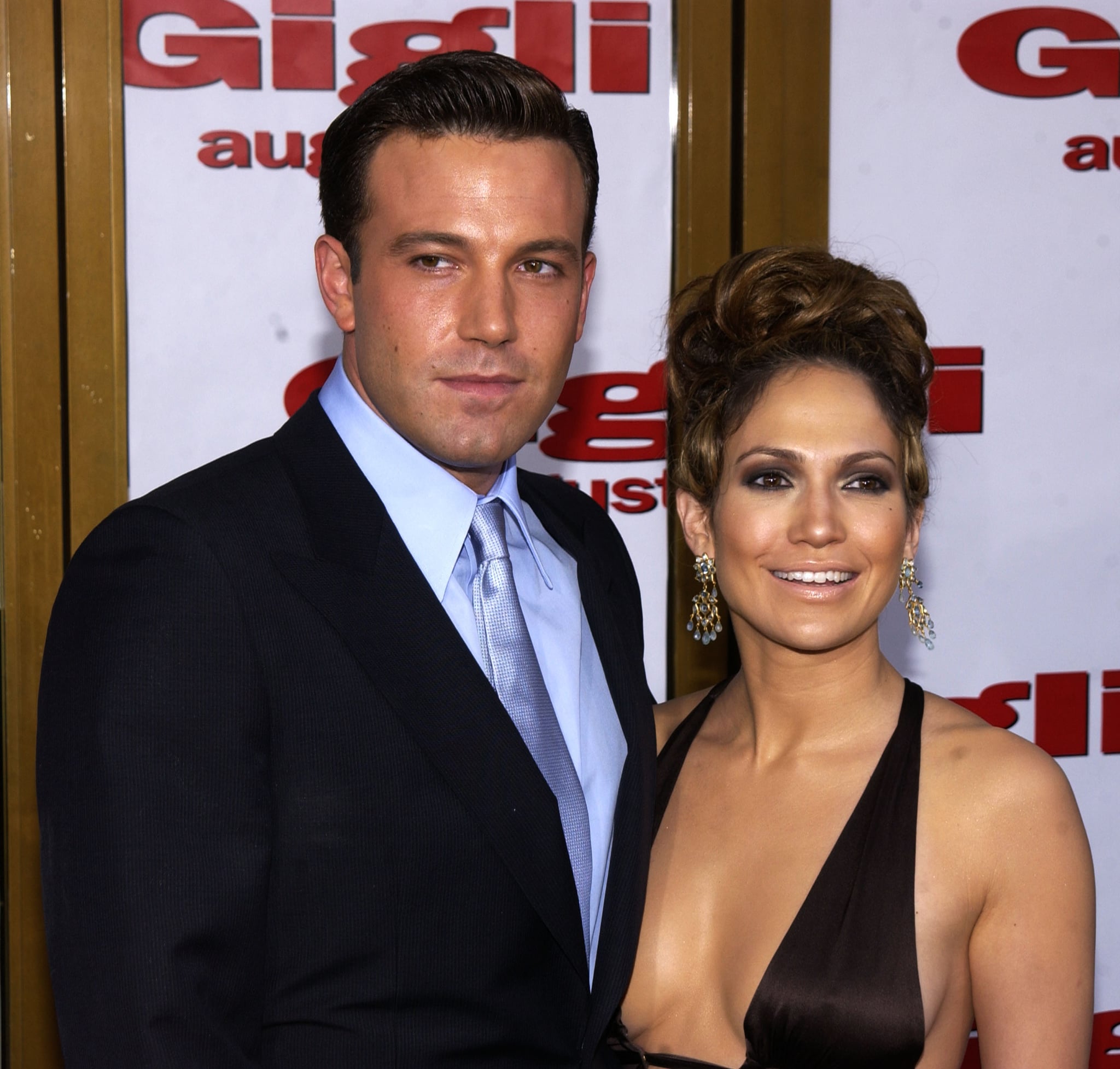 Once upon a time (2002), Ben Affleck and Jennifer Lopez were caught up in a whirlwind romance and engagement after meeting on the set of their infamous box office bomb, Gigli. Tabloids dubbed their highly publicised coupledom "Bennifer," and although they ended their engagement in 2004, their relationship's moniker lived on for a while. Ben opened up earlier this year about how the situation turned his life into a joke and doubled down on those sentiments during a TimesTalks at the NYU Skirball Center for Performing Arts on Monday in NYC. "It could have been a bad movie no one cared about. Angelina Jolie had a bad movie that year and no one cared," Ben said, comparing Gigli to Angelina Jolie's Lara Croft Tomb Raider: The Cradle of Life. "But it was because I was dating Jennifer Lopez that made it a big f*cking deal. So not only was it just a bad movie, but 'they dated each other.'"

He also went on to compare the amount of attention their union and Gigli received to "hurricane coverage," which Jennifer would likely back up. In March, the Shades of Blue actress told People's Jess Cagle that dating Ben came with "a lot of pressure," but that "there was a genuine love there." After the two went their separate ways, Jennifer married (and later divorced) Marc Anthony, with whom she shares two gorgeous kids. The Batman v Superman: Dawn of Justice actor is also a proud parent, but to the three children he has with estranged wife Jennifer Garner. "In my career or otherwise, it is the birth of my children," he said when asked about the defining moment of his life thus far. "The entrance of my children into the world. It's a joy to hang out with them. I think the meaning of life is to make good people."