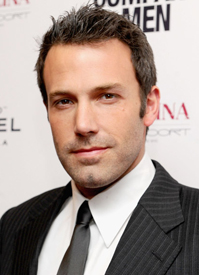 Ben Affleck is about to take up residence in East Egg. The actor is in talks to play Tom Buchanan in Baz Luhrmann's upcoming adaptation of The Great Gatsby, the role that Bradley Cooper has had his eye on. Buchanan is the husband of Daisy (who will be played by Carey Mulligan) and is the man who stands in the way of the love between his wife and Jay Gatsby (Leonardo DiCaprio).

The only thing in the way of Affleck's participation is a scheduling conflict with this film and his next directing effort for a movie called Argo. I for one hope it works out; I love the idea of Affleck as the wealthy Buchanan in 1920s garb and DiCaprio's romantic rival — even if it is in 3D.