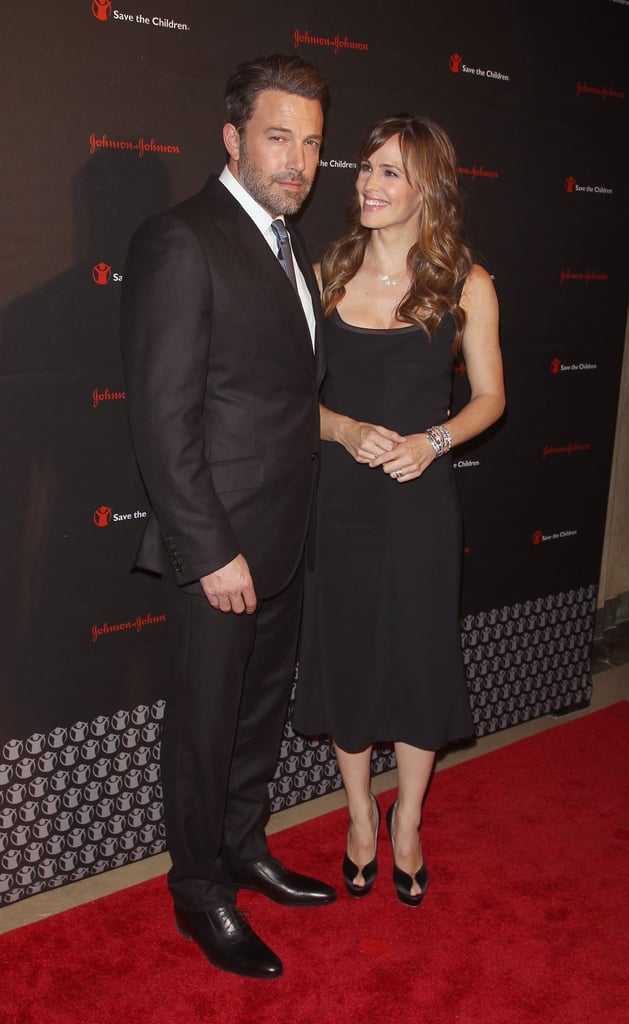 Ben Affleck and Jennifer Garner made a rare red carpet appearance together on Wednesday night when they attended the second annual Save the Children Illumination Gala in NYC. (Their last red carpet appearance together was at the 2014 Vanity Fair Oscars afterparty in March.) The pair traveled to the Big Apple after Ben walked the red carpet on his own at the Hollywood Film Awards in LA last Friday. The actor was there to pick up the best film award for his latest film release, Gone Girl, and he found time to work in a few jokes about his now-infamous full-frontal scene in the film. Jen has also been making public jokes about the scene, telling Ellen DeGeneres back in October that the nude shot was her gift to the world. "You give me so much," she joked. "I wanted to give something back to all of you." The pair may have more joint appearances on their radar, as Gone Girl is expected to be at the top of many nomination lists this award season.