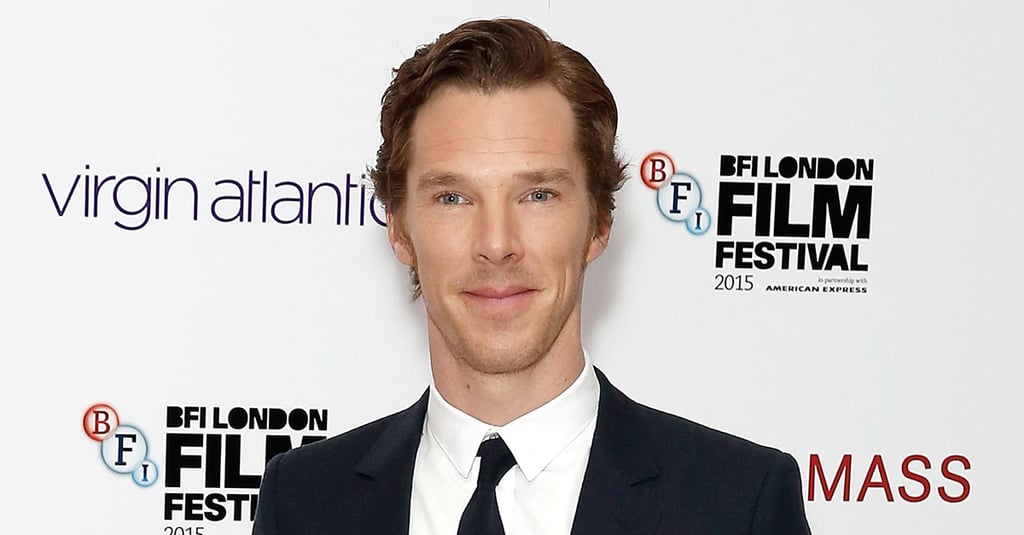 Benedict Cumberbatch is one of the many stars who's already gotten a head start on the festive season. The Sherlock actor recently penned a letter to Father Christmas as part of the Letters of Noel program, which honours the UK's National Letter Writing Day (7 Dec). In his Christmas list, Benedict revealed his hopes for Christmas and enlisted Santa's help with "adult problems" and solving "some of the greatest worries we have for our children." He also brought up the fact that he asked for a lightsaber many years ago and never received one. Read Benedict's heartwarming note below, and then get festive for the holiday season with the cutest celebrity Christmas snaps of all time!

Dear Father Christmas,
So my friend has asked me to write to you… I have to confess it's been hard to know what to say. Mainly because like most adults I feel preposterous asking anything of you because our time with you is surely done. Now we get our own presents, control our own fates, take responsibility for our own actions, and live in the world we have created… so it's not for us to turn around and plead for your help with the environment, the migrant crisis, the NHS, education, food banks, human rights, fundamentalism and wars. Though God knows we need all the help we can get with all these man-made problems and more.
And it's not that you aren't compassionate and full of joy. You're great. In spite of you being changed into different colours for corporations and being bastardised to represent materialism gone mad – despite probably originating in some season-based pagan druid ritual a million thought miles from requests for spontaneously combusting hoverboards… Kidadults cynically pointing this out after having their moment of belief in you are wasting everyone's precious time. Because you are not for them. You are for the children. Children who need some magic in a world where the borders between innocence and responsibility, playful imagination and cold, adult obstacles are continually shrinking.
This is what I'd like to ask you to help with. A little more time for children to be children. Stretch the moment of magic and playfulness. Distract them from the realities of a world gone mad so that they can laugh with their breath rather than sob with their tears. Especially those caring for family members, or suffering illness, hunger or poverty. Especially those hiding in buildings as bombs rain down, or being handed shaking with fear or cold into a boat to escape environmental disaster or war. Please help to light up their worlds with a moment of joy and hope.
When I think about it you've got it tough this year… And when I really think about it I'm not sure that asking you for a lightsaber and getting one (not that I ever did by the way) is equatable with controlling the space-time continuum and making the good of childhood last a little longer.
But you do inspire wonder and awe amongst those that write you letters and go to sleep hoping there might be a new object in their possession come dawn. You inspire good behaviour and, at least in my memory, some desperate last minute attempts to redeem bad behaviour so as not to be overlooked. Spare a thought too for those millions who want to write to you but through illiteracy can't. Hear their words and help to give them the time and chance to learn how to read and write so they can better their lives and escape their impoverished beginnings.
I feel a little sorry for you. And I guess I've done exactly what I said I wouldn't… Asked you to help with adult problems and solve some of the greatest worries we have for our children. I promise to leave some extra port and mince pies for you!
Lots of love
Benedict x
P.S. Please could I have that lightsaber now?