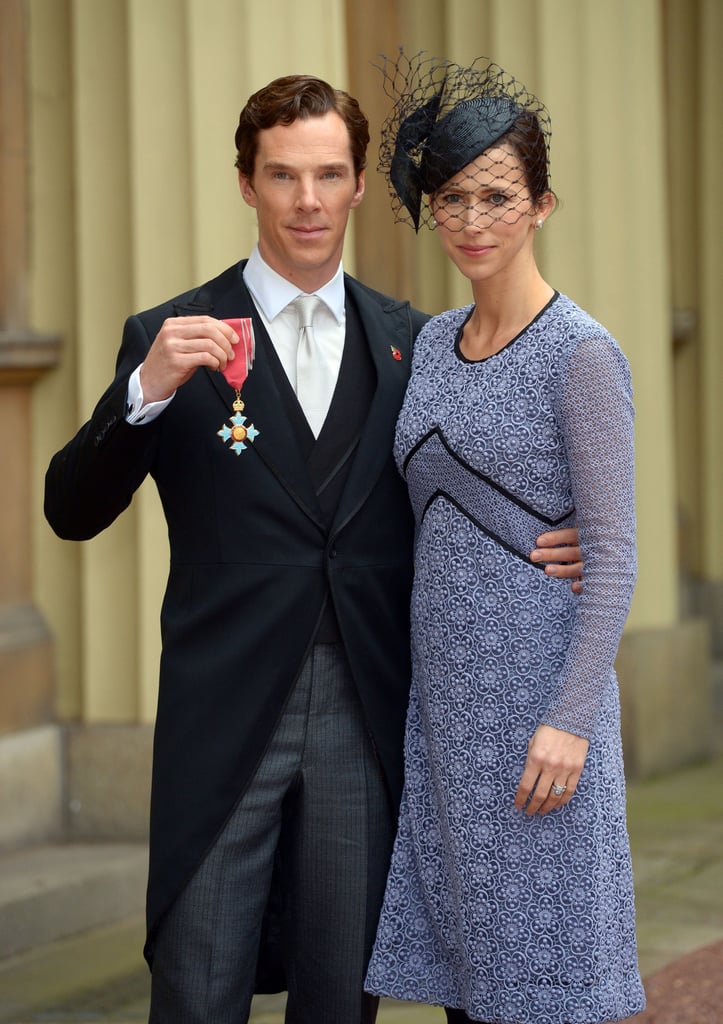 Benedict Cumberbatch and Sophie Hunter Make a Visit to the Palace

Benedict Cumberbatch received a royally big honour from Queen Elizabeth II on Tuesday morning. Alongside wife Sophie Hunter, the Black Mass actor attended an investiture ceremony at Buckingham Palace where he received the honour of Commander of the Order of the British Empire (CBE) for his contributions to the performing arts and charity. If the new parents are being kept up late at night by little Christopher, they certainly don't show it. Benedict looked dapper in a black and grey suit, and Sophie was the epitome of Autumn fashion perfection with her netted fascinator and blue Burberry dress. Keep reading to see more photos of the pair!

Celebrity Instagrams
Gwen Stefani and Blake Shelton May Be an Unlikely Pair, but Their PDA Speaks Volumes
by Britt Stephens 5 hours ago

British Celebrities
Stop Right Now: The Spice Girls Are Back With New Music For the First Time in 14 Years
by Navi Ahluwalia 23 hours ago