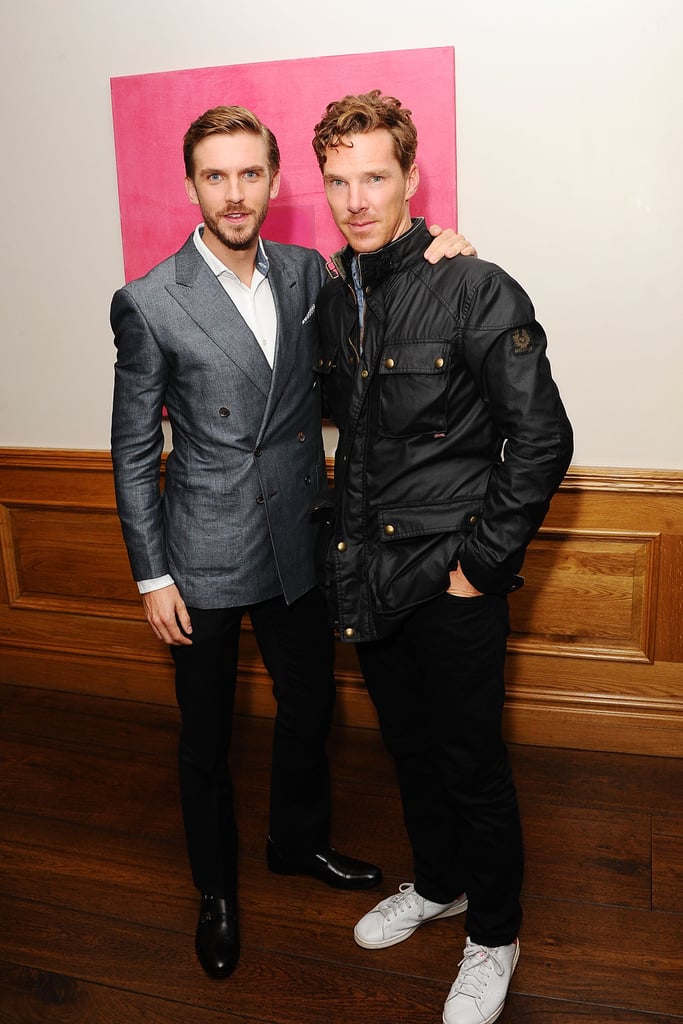 Fresh off his Emmy win, Benedict Cumberbatch was looking very handsome when he dropped by a screening for The Guest at the Soho Hotel in London on Monday. The actor was at the event to support his Fifth Estate costar and friend Dan Stevens, who most people know from his time playing Matthew Crawley from Downton Abbey. The pair may reunite very soon as they are both taking their projects (Dan with The Guest and Benedict with The Imitation Game) to the Toronto International Film Festival, which kicks off on Thursday. The Imitation Game has already been winning high praise on the festival circuit, including at the Telluride Film Festival where it sparked quite a bit of Oscar buzz. While another award season may be in Benedict's future, what isn't clear is if he can win the most controversial battle of our time — the geek heartthrob contest between himself and his friend Tom Hiddleston. Don't forget to cast your vote today!