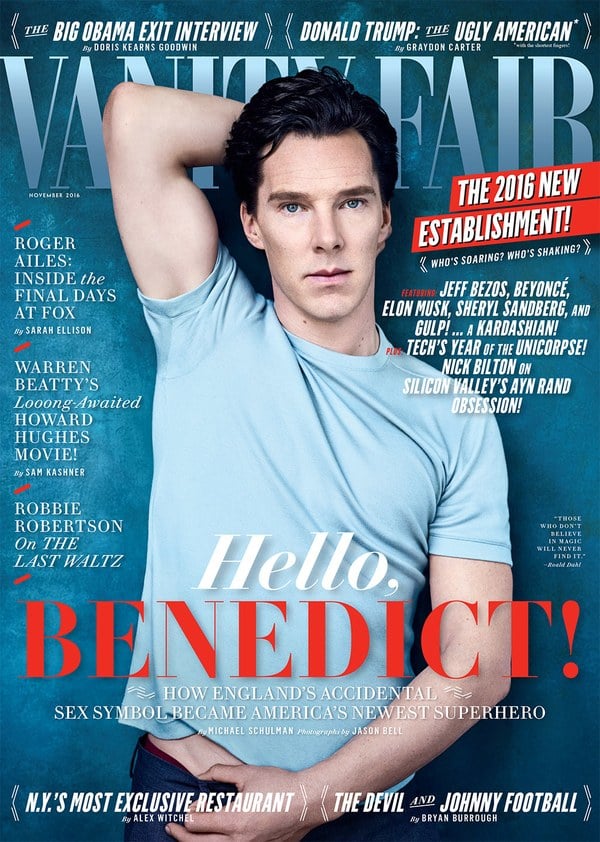 Benedict Cumberbatch was crowned "the internet's boyfriend" some time ago, but that doesn't mean he understands the honour yet. Since skyrocketing to fame in 2010 after roles in Sherlock and War Horse, the actor has amassed legions of dedicated fans (known as "Cumberb*tches" and "Cumberbabes"), nabbed an Oscar nomination, and scored a coveted Marvel superhero role, all of which he reflected on in an interview for the November issue of Vanity Fair. Benedict, who got married to Sophie Hunter and welcomed a baby boy last year, even revealed the near-death experience he endured in 2004 while filming To the Ends of the Earth in South Africa, so check out his best quotes below.