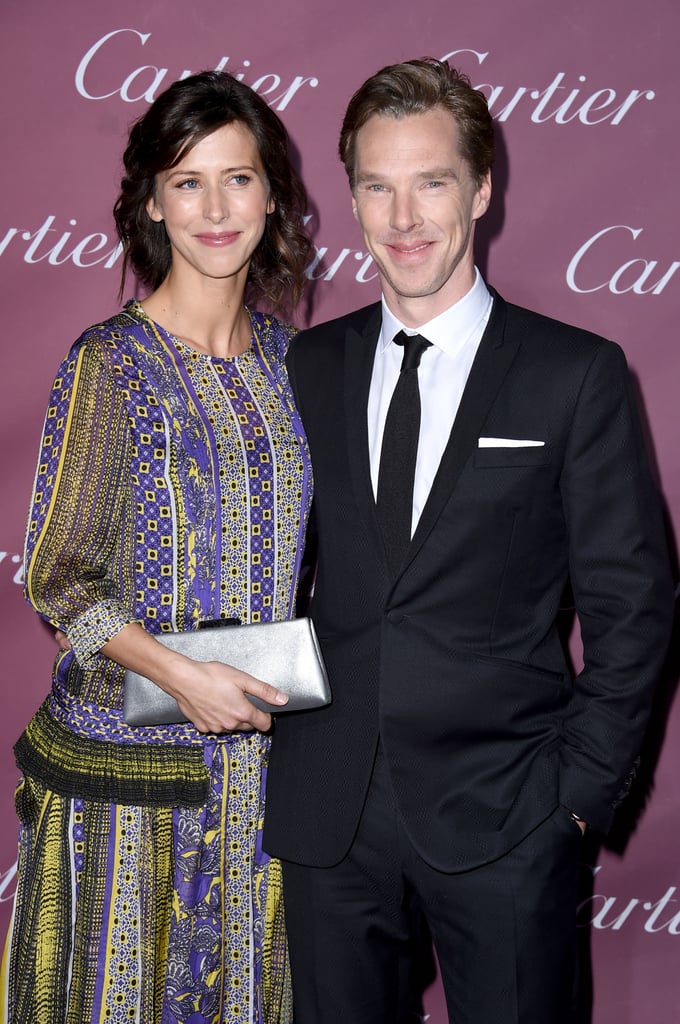 Benedict Cumberbatch on Wedding Planning: "One Thing at a Time"

Benedict Cumberbatch brought a lot more than his signature charm to the red carpet at the Palm Springs International Film Festival on Saturday. The handsome actor was joined by his fiancée, theatre director Sophie Hunter, to whom he popped the question with a large diamond ring in late 2014. We caught up with the actor on the red carpet just before the festival's star-studded dinner, where he suggested he and Sophie aren't in a rush to make it official. "One thing at a time," he said when we asked if he's planning a wedding mid-award-season madness. "I'm playing Sherlock now — just about to start — so my main focus is going to be on that."

Benedict was on hand at the film festival to pick up the ensemble performance award with a few of his costars from The Imitation Game, a film about World War II hero and scientist Alan Turing, who, despite his work that helped end the war, was later persecuted for being gay by his own government. "I've been chosen to speak," Benedict said as the group took the stage, "which is alarming."

Keira Knightley wasn't among the stars of the film in attendance. Benedict initially joked that she mistakenly thought the award show was in Palm Beach, FL, and was therefore busy fighting off alligators and getting a sunburn. He later admitted she was in fact "under the weather" and wished her a "speedy recovery."