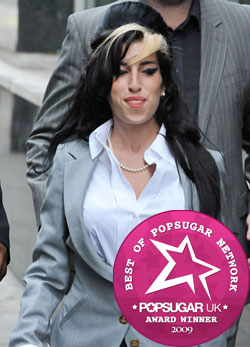 I've been asking you all to vote for your 2009 favourites, and the results are in!

2009 was another year full of scandalous celebrity behaviour, and there were several British contenders for the dubious crown this year. Amy Winehouse beat off stiff competition from Katie Price, Jude Law and Pete Doherty to take the title for the second year in a row.

This year Amy got divorced and re-engaged, attended court and had plastic surgery. Let's hope 2010 brings a more positive and less scandalous year for Amy.

A big thanks to all of you who took the time to vote: I love finding out who you've selected as your 2009 favourites. Stay tuned for the final PopSugarUK Award!